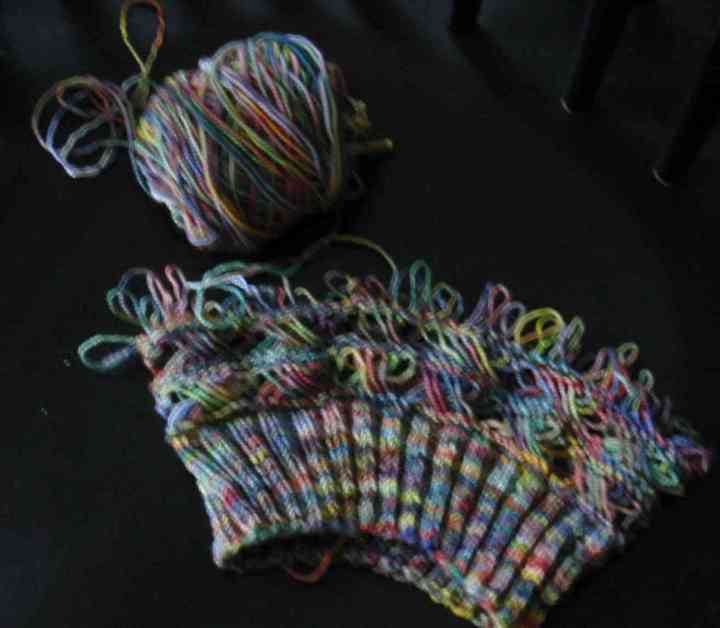 It’s so difficult when you’re born without an ounce of self control.

Even though I wanted to try and finish the Purple Thing this weekend, I couldn’t resist casting on an experimental hat in Koigu. A while ago, I designed a great scarf in Koigu that uses a somewhat difficult-to-understand stitch pattern (Barbara Walker’s Indian Cross Stitch from the first Treasury, I think).

Since they sell kits for this scarf at Simply Knit, I get e-mails every once in a while asking for assistance with this stitch. Well, one of the women who had e-mailed me for assistance has since successfully made two of the scarfs, and now she wanted to know if I had ever designed a hat using this stitch?

It’s a little blurry and dark, and of course I’ve ripped the needles out in frustration. But I have to say, even in a tangled mess, aren’t Koigu colors amazing?

As far as the Purple Thing goes, I did finish the first sleeve and I’m one third done with the second. I’ll work to finish this sleeve and the hood this week while at work down in Baltimore. I also have to go find a zipper for this thing.