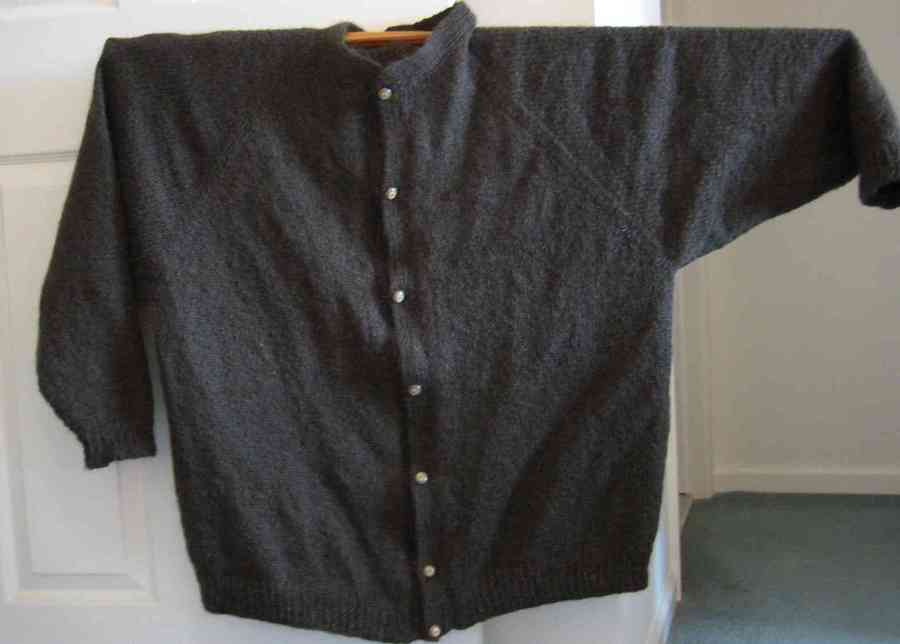 I’ve been a little disturbed at the tide of anti-Alice Starmore sentiment on the Knitlist lately.

For those of you who aren’t following, she’s had lawyers remove eBay auctions of items with her name on it, and there’s a group of folks who are organizing their own legal team to fight her lawyers.

I didn’t want to publish anything to the Knitlist, because god knows what kind of ad nauseum comments of the issue might ensue. But I did want to say one thing about it. I think that no one knows the full story of why Alice is doing this, and there are are always at least three sides to every story. Having known the people that helped establish Alice in the U.S., and having read her web site a while ago which included a relatively incoherent rant about her relationship with her American counterparts, I think that Alice is just trying to do her best to re-establish her name as one of the pre-eminent handknit designers.

I don’t know that I agree with how she’s trying to accomplish that, but I’m also not in her shoes. I guess what I’m trying to say, is that I think that people who make decisions about whether to buy Alice’s goods based on one small piece of this very large controversy, are being very unfair to both Alice and themselves. I say if you like Alice’s designs/kits, buy them, but don’t let this legal issue stand between you and a wonderful designer’s work. I guess that’s all I wanted to say.

As far as personal knitting goes, I’ve made some progress with the last sleeve of the Purple Thing, and I should be done knitting about Friday (including the hood). I was able to get purple gros grain ribbon and a purple zipper to go with it all. Now I just have to figure out how to sew it in. Unfortunately my sewing machine doesn’t have a zipper foot, so I guess I’ll be hand stitching this sucker.

Also, I realized why Wendy of http://www.wendyknits.com includes pictures of old sweaters in her blog. It’s easier to keep pace with a daily blog with pictures if you use old completed garments interspersed with the new. At least that’s why I do it. Here’s an older sweater done last year in an Adrienne Vittadini yarn called Sara: 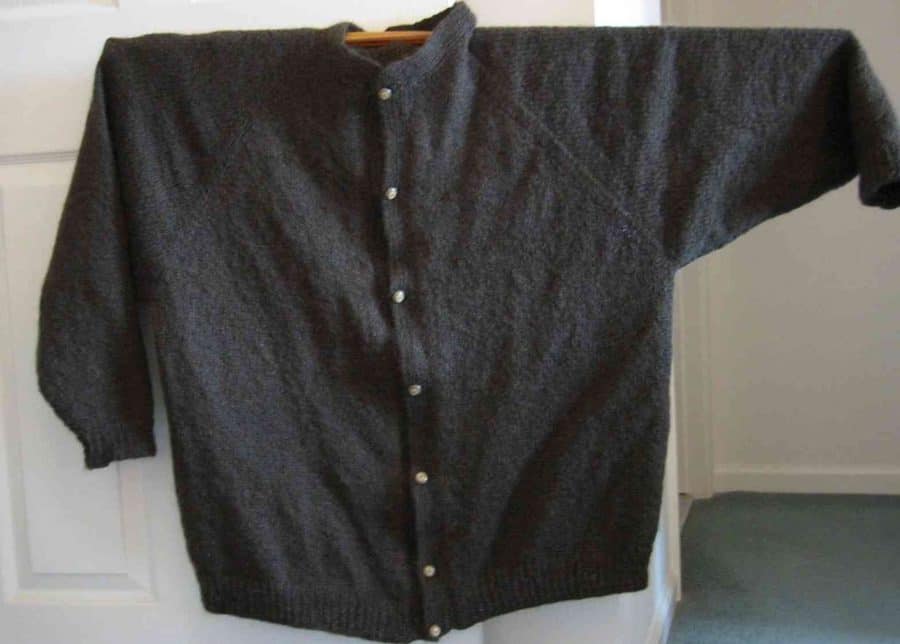 The picture doesn’t come close to doing this sweater justice. The Sara yarn makes a loose, slightly fuzzy, soft-as-silk fabric that is cozy and warm. And the color is a very dark olive green…truly gorgeous. I screwed up the button band on it, but it’s still my most comfortable sweater (by far) that I’ve every made. I made it using the Custom Top-Down Raglan pattern and I just included a steek for the front opening. I also ended up buying gros grain ribbon for this sweater so I could fix my little error with the button band.