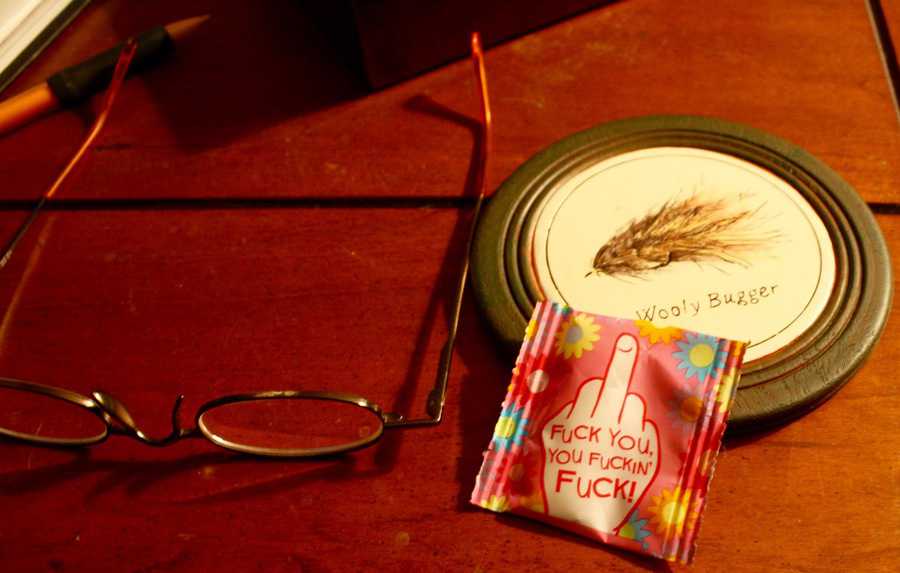 WARNING, WARNING – Crude content of an adult nature follows. Do not proceed if you thought Queer As Folk was too graphic.

First we had the infamous Willie Warmer which gained popularity with the women and gay boys of the Knitlist who needed clever, “masculine” knitted items. For the uninformed, you can check it out here:

For those of you unfamiliar with the concept (despite the rather descriptive title), many gay guys keep a washcloth or small hand towel on their bedside tables to help clean up the aftermath of passion. Having a handknit, personalized one might allow for some post-coital conversation during those awkward moments when the direction of the remainder of the evening might be in question.