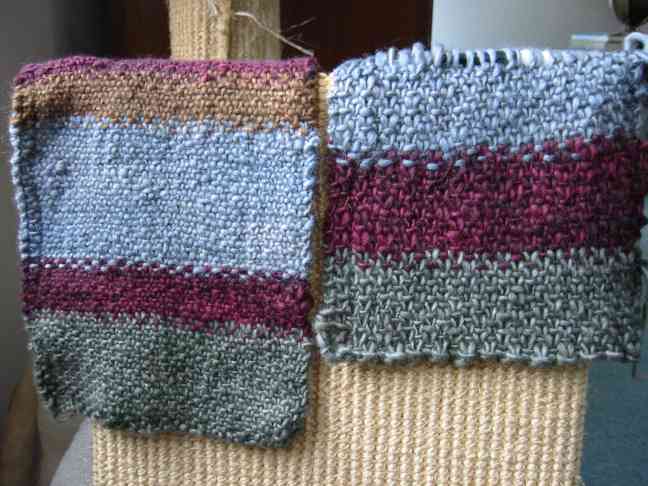 It’s amazing how much knitting I can get done when work doesn’t get in the way.

Now that I’m off work until January 6th, I’ve decided to catch up on all my non-Christmas knitting obligations. The first order of business is the scarf for my sister’s massage therapist, Tracy. I only got done about half the scarf on my drive up to Massachusetts, and I realized I didn’t like the resulting fabric.

I’m using Manos yarn (leftovers from my mom’s birthday/housewarming afghan) and I decided to use the linen stitch on size US13 needles, figuring going up from the recommended US9’s it would give a nice, loose drape. But even with the13’s, the Manos was tight, and no where near as soft as my mom’s afghan. So, I’ve decided reknit the scarf on US17’s. Here’s a comparative photo:

The US17 (on the right) is a little less uniform, but I think blocking will help that a lot. The drape is a little looser and MUCH softer. I will definitely go with the US17’s (I tried on even larger needles, but it was too loose). 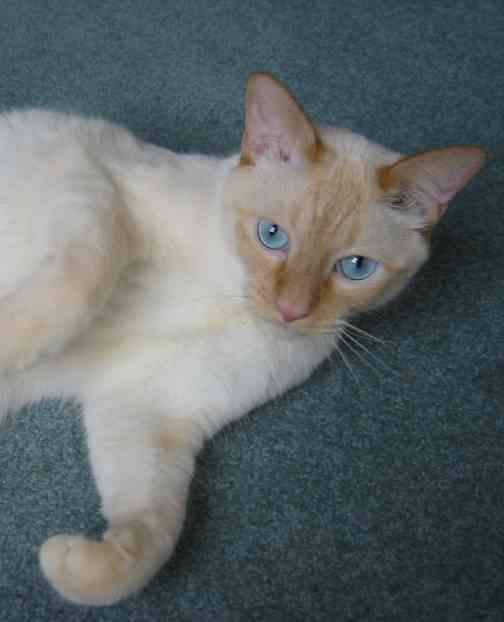