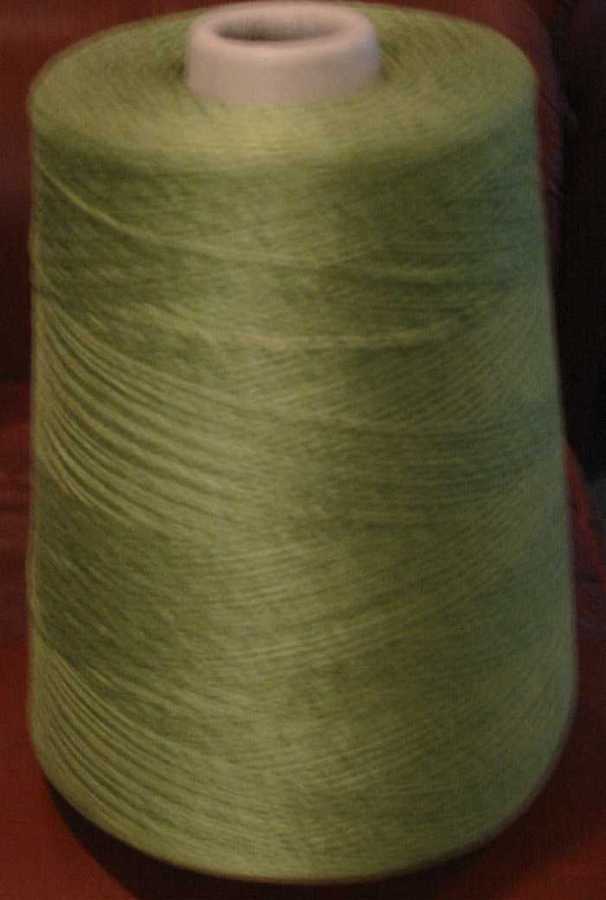 At the speed of evolution, I enjoy the slow progress of knitting on small needles.

Small Needle Projects
I’ve always enjoyed working on small knitting needles. I like anything from US000000’s to US2’s and I like them for a number of reasons.

1. Small gauge fabric is so fine
Mostly I like how fine the fabric is that’s done on tiny needles. I love the drape of it, the feel of it and the weight of it. Since knitting is such an enjoyable tactile experience for me, all these things are very important.

2. Slow and steady progress
While I haven’t worked very much on the Baby Alpaca Bedspread/Coffin Cover lately (mostly due to this stupid Craft/Art Show this weekend), I love that I can do an inch a week on US1’s and over the course of a couple of years have an incredibly fine bedspread. I don’t need immediate gratification on projects, although I like that too sometimes.

3. Using Coned Yarns
I know there are a lot of coned yarns in bulkier weights, but most of them that I’ve accumulated over the years (and I have LOTS of them) are very thin and made for machine knitting. Whenever I see an interesting color yarn on a cone, I’ll buy it, figuring I’ll eventually make some fine socks with it, or decide to make some incredibly lace garment. Here’s the most recent purchase. I don’t look great in green, but I just HAD to have this yarn. 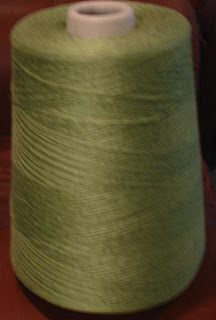 4. It takes me back to my roots
For my regular blog readers, you know one of my first knitted garments was a pair of Men’s Underwear (why is one underwear considered a “pair?). Those were done on US0 and US1 needles and I LOVED making them.

Now don’t get me wrong, I knit most of my projects on US5 needles. I do most of my designing on US5 needles. I buy patterns that use a lot of US5 needles. So I’m not averse to larger needles. I realize that if all my projects were done on needles that averaged out at US1, I wouldn’t have very many completed projects. In fact the only project currently being worked on that is using a US1 is the Alpaca Beadspread (I’ve got about 4 inches done so far).

But I do have to have at least one project on smaller needles.

Old Knitting
I did this old Cone Waistcoat from a Kaffe pattern. Since I don’t have many pictures to show you today, I thought I’d drag out one of my old designs.

The big Knitlist was writing about Stephanie Pearl’s cotton/intarsia problems, and having as many as 5 colors in a row. So I thought I’d show off and show that you can have a lot more than that and still make a cotton intarsia garment (although I’d never do it again).

Other Knitting News
Wendy got her Koigu scarf and she likes it. I have to say that getting to “meet” other bloggers and folks on-line has been the best part of blogging. It gives me the feeling of an interesting, sophisticated knitting community that I had hoped to get when I joined the Knitlist, but didn’t.

Knitting Progress
I finished the next Head Hugger hat for the show this weekend. I’m working on another Koigu scarf…no pics yet.