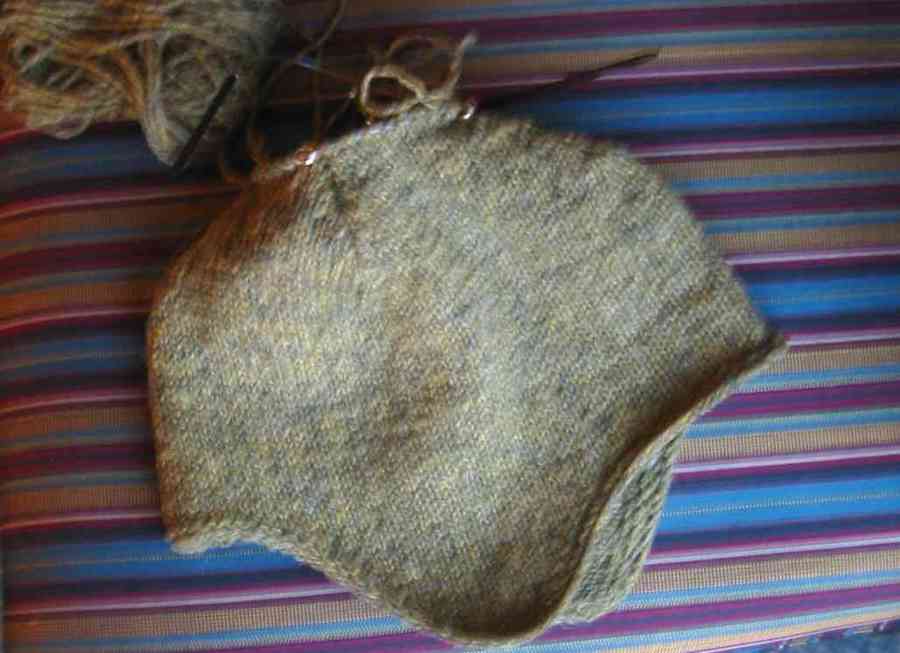 Okay, here’s where you really get to see how I work.

Jockstrap, Sweater Design Swatch, Earflap Cap
As the Sister Sweater came to completion, I was planning on starting the knitted jock strap. Then I saw Bourne Identity, got inspired by an ugly sweater with two bullet holes in it and decided to swatch a new pattern stitch. Then I saw another DVD called Roger Dodger, and Thaddeus decided he liked a hat that a 16 year old was wearing in it.

Well, Valentine’s Day is his birthday, so I dropped the design swatch and decided to try making a tight-fitting cap with knitted short-row earflaps. I’m not quite done, but here’s what it looks like so far: 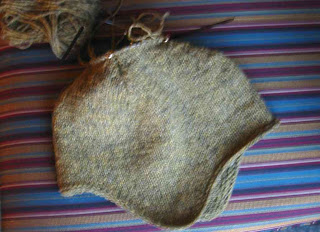 Overall, I’m very happy that this came out as well as it did, since I was designing in my head and on the needles. When I write up the design, I’ll make a couple of changes and adjustments. I obviously also have to finish the crown before I give it to Thaddeus.

Performing Cats
Not only is Gage one of the most beautiful cats on the planet, but he’s also smart as hell. Thaddeus has taught Gage to do two tricks, to sit and shake.

Here’s a picture of him with his little paw ready to shake…and waiting for the Whiskas cat treat. 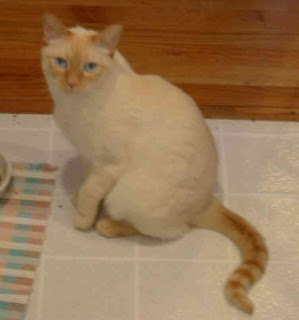 Happy Valentine’s day to all…especially to my lover, Thaddeus.