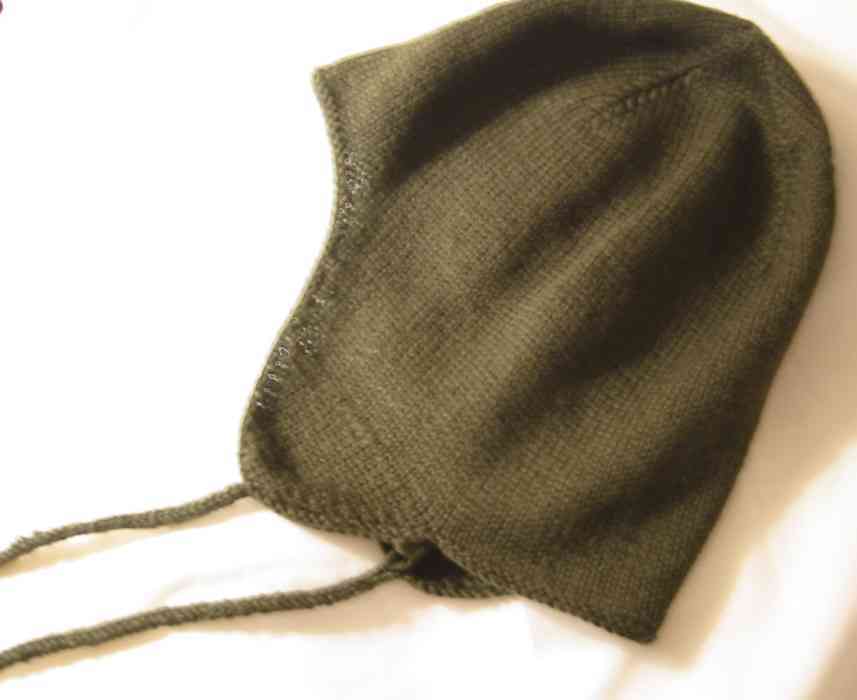 Please don’t tell me men are about to become the next HYUK (What does the “H” stand for?…YUK is Young Urban Knitters, I think).

Quick, I need a publicist!
A lot of things have been happening to make me understand that male knitters are about to become the “in” thing.

First of all, a new Yahoo Group has been created called MenWhoKnit. It’s a small but growing group of mostly guys who talk about pretty much the same thing most other knitters discuss on knitting lists (no, not washcloths), knitting. There are some side issues discussed, such as knitting in public, treatment of men in yarn stores, etc. But mostly, it’s sane discussion of knitting among men.

Next, I’ve gotten e-mails from two folks looking to do either videos or books related to and/or targeted at men who knit. One woman is looking for an “attractive” man who can discuss knitting well. The other is a publisher’s assistant who’s doing research on the viability of a men’s knitting book.

I must say, I somewhat resent this growing trend of men picking up needles. I feel it will dilute the specialness of being a rare breed. But honestly, I can’t imagine it will go very far. Even the HYUK issue hasn’t brought a lot of young urban folks into knitting, and the concept is being lampooned by many as an idiotic notion. Like the HYUK, I think the “Men Who Knit” wave will either not crest very high, or if it does, it will crash on the beach pretty quickly.

I’m working on the vacation sock (probably still will be by next year’s vacation). You can see by the picture that I haven’t made huge strides…and yes, this is still the first sock. 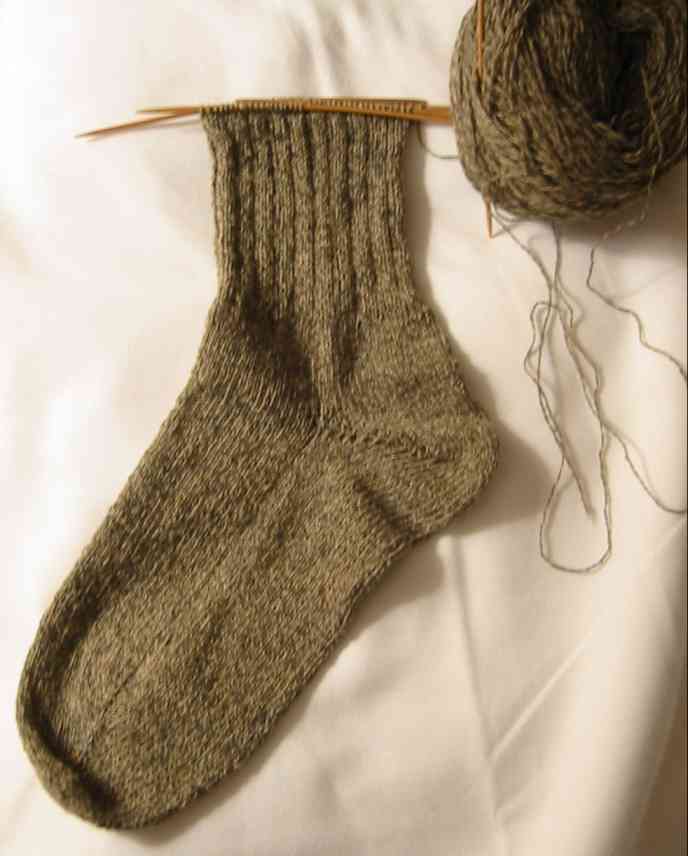 I finished weaving in ends and doing the i-cord ties for the Earflap Cap.

Anyone who’s interested in the pattern, it will soon be available at Simply Knit. It’s being test-knitted as we speak. The pattern will be given away with the purchase of two hanks of Jamieson DK yarn.

Finally, I’m also working on the side-to-side, hemp pullover from Lanaknits. I’m really enjoying this knitting, despite the fact that the hemp is like knitting with kitchen twine, and the color isn’t at all appealing to me (brown). The result of side-to-side garter stitch is somewhat like chain maille.

Blog Contest
I’ve decided that the contest will either be:

1. A test of broad knowledge…all topics including knowledge of QueerJoe, math and knitting references, or
2. The best blog topic ideas.

I’ll announce the contest in the next blog entry.