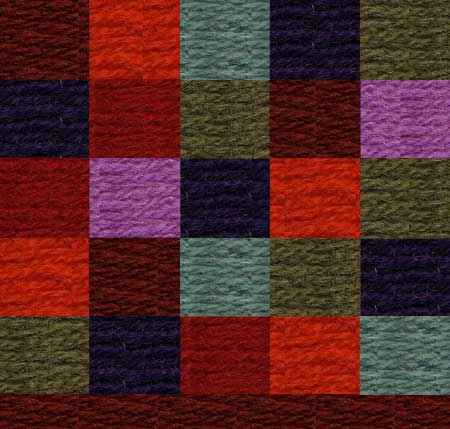 How many folks would listen to a raving lunatic on the street screaming about UFO’s and give him credence?

How many folks would listen to an editorial writer who claimed that knitting was putting women back in the kitchen, barefoot and pregnant and give her credence?

As some of you know, my partner is a recovering alcoholic. I’ve accompanied my co-alcoholic to some Alcoholics Anonymous meetings so I could get a sense about what he was going through. At one of those meetings, a man had just finished sharing, and a woman in the group stood up in a huff and starting raving about what a lousy meeting this was, and that they shouldn’t even consider it a valid AA meeting. She seemed enraged that some rule, that was unknown to me, was broken by the man who had just finished sharing. She then proceeded to storm out of the meeting cursing and yelling.

I was aghast. I turned to my partner and asked what sin the man had committed that made the woman so enraged. He replied that the man had done nothing and that the woman did this every month or so on a regular basis.

The AA meeting continued as if nothing had happened, and no validity or even acknowledgement seemed necessary that they were sane, and the woman clearly was not.

It was an important lesson for me. Ever since, I’m more willing to look to my own experience about an issue, even when others might be poking sticks at it.

I’ve said this before, and I’ll say it again. I am unapologetically passionate about knitting. It was obvious to me that the woman who wrote the editorial had no idea what she was talking about, or if she did, the article clearly did not reflect my experience of knitting.

My only question is what would cause a herd of knitsheep to get so upset by her invalid theory. I can only think that there is some insecurity on their part that would allow them to question their own experience.

I guess I’ve wasted enough blog space on this issue, but this is about the third time since December that this kind of issue has made me realize that some folks have the confidence of their convictions, and others will take every opportunity to question those convictions.

I finished the back of the block cardigan last night. Overall, I like how it looks. 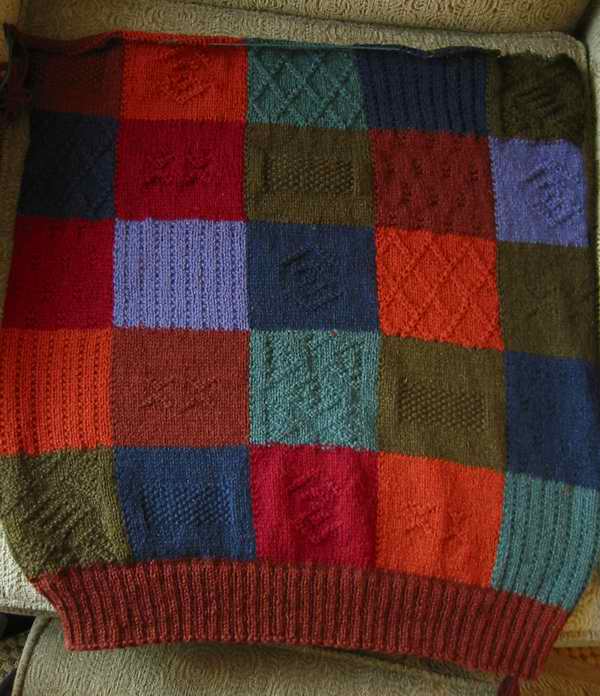 Here’s a graphical representation that Matt from ThreadBear Fibers put together. It shows the colors more realistically than my digital camera can.

Here’s also a picture that shows the original colors of the sweater in Brooks Brothers, where I stole this design idea. The original sweater with color blocks is no longer in the window, but you can get a sense of what it would look like based on the colors in this sweater. 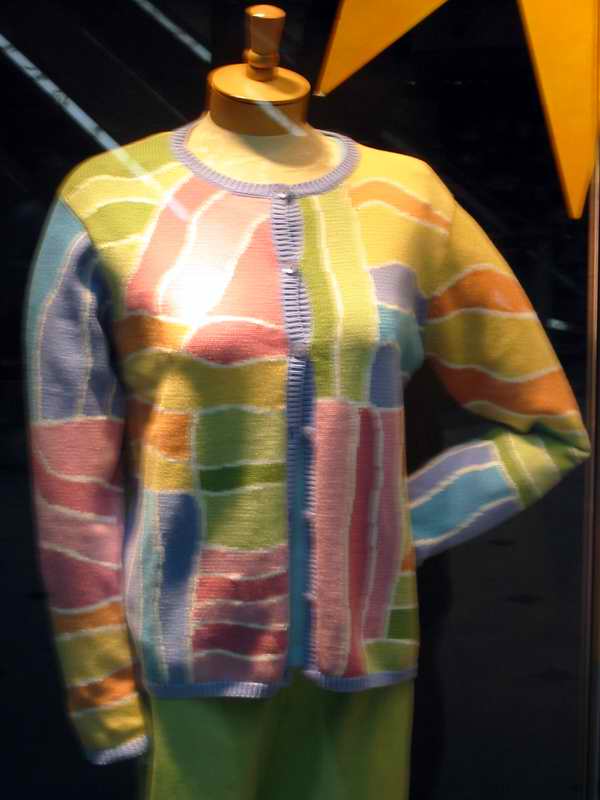 Finally, I’ve designed (on paper only) a new sweater with smaller blocks and lots of pattern designs and LOTS more colors. I’m hoping Matt will collaborate on this one and provide the color selection. I think with our combined talents we could come up with something truly stunning.

0 comments on “Knitting – The New Denial”