It has just come to my attention that one of my fellow male knitters and bloggers, Khebhin has died recently. His enthusiasm and support of men who knit will be missed.

For those of you who have read Khebhin’s blog, or know him from various knitting lists, he was in a fatal car crash. I’ll leave the button for his blog on my site for another week, for those of you who would like to check out his last few postings. In addition to being on three or four knitting lists together with Khebhin, I also corresponded with him quite a few times and got to know him through his e-mails.

His death has me wondering whether he finished the shawl he wrote about, or how far he got on his huge sock being made out of scrap yarn. As irrational as it sounds, it makes me want to finish as many projects of my own as quickly as possible. Godspeed, my friend.

On a much happier note, I finally finished the body on Donegal and cut the neck steek and knit the collar. 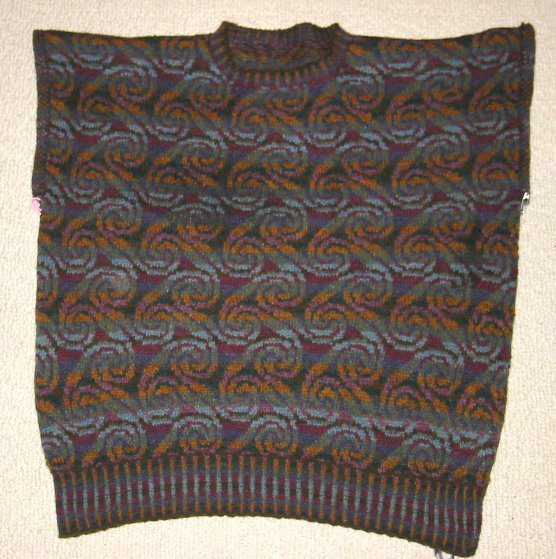 Here’s a closeup of the collar from the front. 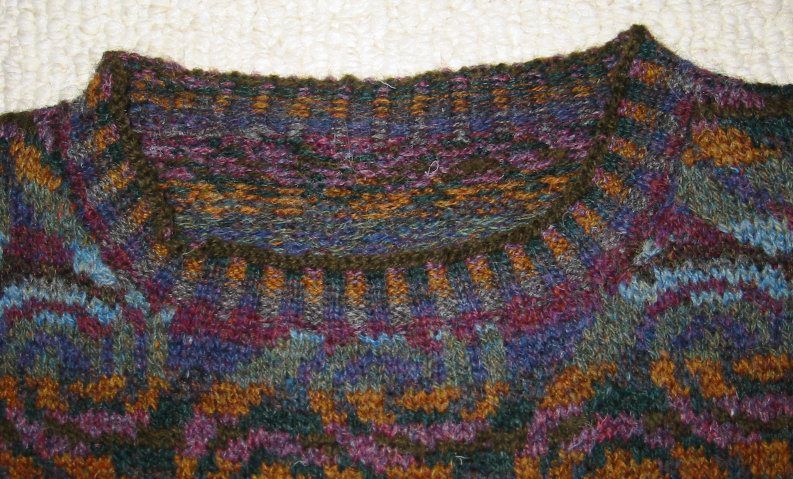 And from the back which shows the steek laying ever so calmly despite not being sewn down or secured in anyway. 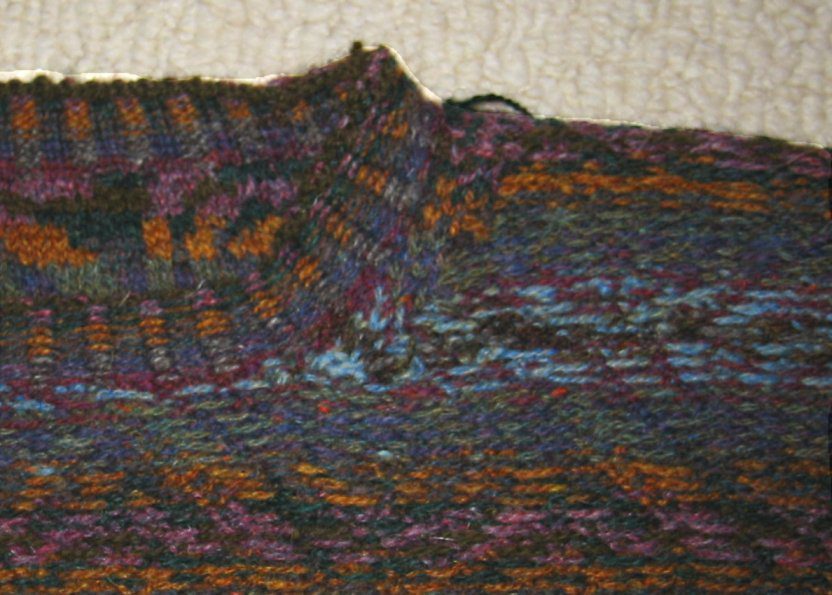 Now I just have the sleeves to go. I will be very close to running out of one of the colors, and I’m not sure if it’s a discontinued Rowan Donegal Lambswool Tweed or not. Hopefully I’ll have enough, or if not, I can find some in my stash.

It sounds like we need to have another knit blog luncheon. Kathy, Marilyn and I met last time, and this time it sounds like the same three with Amber and Marcus along as well. It should be fun. Since I’m only home on weekends, it will have to be scheduled on a Saturday or Sunday. It will obviously need to happen before Achim gets home, otherwise Marilyn won’t be available. So let’s hear some suggestions on timing. I’m available any weekend between now and the last weekend in June.

Hopefully, I’ll have the Donegal complete by the meeting, and I’ll have made some headway on the new Mini-Chock-a-Block pullover, so I can get the groups feedback again.