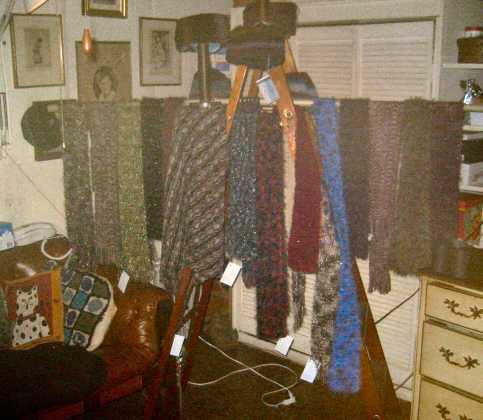 It started out fast and furious. I set up my display on Friday night before the craft show, and the organizer had invited a few select friends to do pre-sale shopping.

Since the lighting at the show when I first set up wasn’t very good, I had to do a LOT of tweaking to this picture to make it look even visible. Here’s a picture of most of the craft show items. 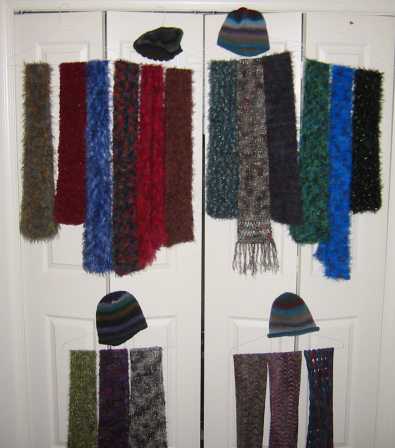 Three scarves were sold immediately, the night I set up during pre-sale.

It became obvious that the furry scarfs in Lana Grossa Pep were going to popular, so I started and finished another of those on Friday night, and also did an incredibly soft scarf in GGH Vamos.

During the show, I worked on and finished another Lana Grossa scarf in slate blue..

After all was said and done, I ended up selling eight scarves and one hat. I brought home enough money to pay for the cost of the yarn I used in the scarves and hats. I also traded two scarves for handmade chocolates and jewelry.

The remaining scarves and hat will also make nice little knitted gifts for my family when I see them this week.

My next project needs to be the baby project for my friend Janis.

Janis had her baby on December 9th, and I don’t really have anything done on it. 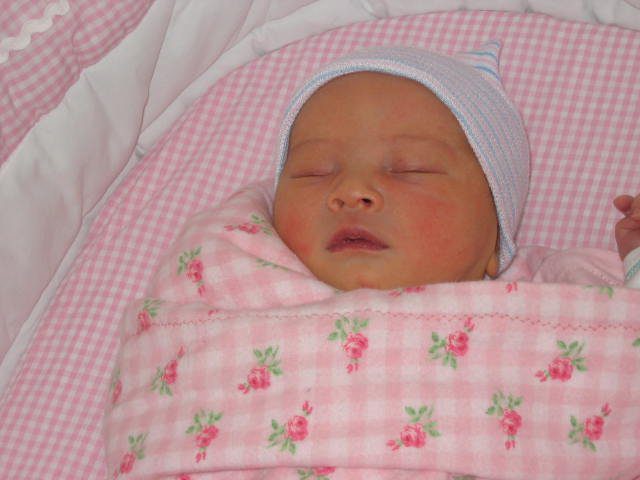 Tomorrow, I head up to my sister’s place in Massachusetts for Christmas Eve dinner with her and her family and my brother and sister-in-law. Then we open gifts.

Then tomorrow night, I go from my sister’s to my sister-out-of-law’s house, also in Massachusetts, but about 2 hours to the West. We’ll spend the night there and celebrate Christmas morning with her family and open more gifts.

I hope everyone is enjoying the holiday season.