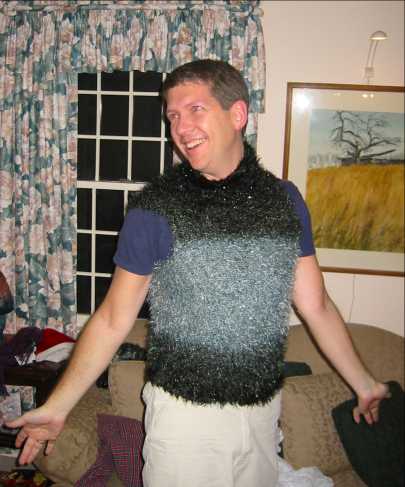 Back to Knit Blogging

Normally this is a knit blog. My holiday post was done from the sister-out-of-law’s house, and I had no ability to download pictures, so I thought I would regale you with a non-knit story.

Today I go back to normal QueerJoe knit blogging.

I ended up giving away five of the scarves from the craft show to my family and friends. I had other gifts for all of them, but I just supplemented with a last-minute gift which mostly seemed appreciated.

When I gave my sister her scarf, she showed me one of the oddest little pieces of commercial knitwear I had ever seen.

First of all, she brought out what looked like a standard knit hat and scarf: 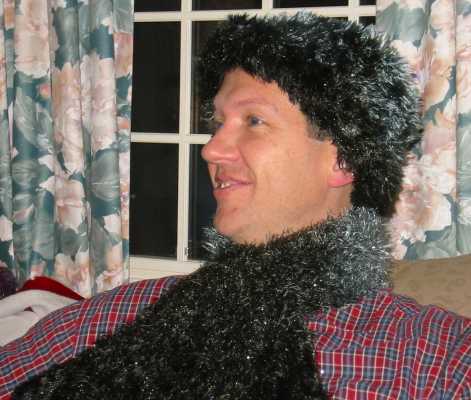 Seemingly, the only thing interesting about it was there was a hole through the scarf so it could be threaded through itself.

Then she said, the scarf was also a turtleneck sweater. Huh????

She helped me try it on. 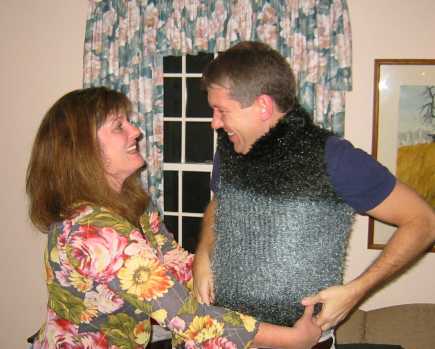 And while it was snug, it was definitely a sleeveless sweater, where the hole in the scarf for self-threading turn into the sleeve openings.

Even more odd, she said that it was large enough when stretched to actually be a mini-dress on a smaller person than me. Amazing.

My niece and sister-out-of-law were also thoughtful enough to give me the following knitting books. 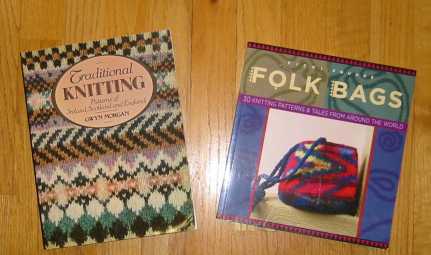 I was honestly surprised that I didn’t have either of these books, and I really like both of them a lot.

I am knitting two things, but not on anything I can show on the blog right now.

The first one is the gift for Janis’ new baby girl. After two thwarted attempts, it is now moving along very well, and I am hoping to finish it next weekend.

As soon as I hear that the gift has been received, I’ll post a picture of it.

The other knitting project is a small knitted item that a friend asked me to do as a prototype for something he might consider marketing. While the item could never be handknit for commercial sale, the idea is very cool.

Again, I’ll let you know about it if it ever comes to market, or if the idea is given up in frustration at some later point.