I look forward to a very satisfying 2004, and wish the same for all of you.

For both your sake and mine, I’ve decided to inventory all of my outstanding projects that I have brought from 2003 into 2004.

As an overall comment, I have to admit, there aren’t as many as I would have thought, and listing them here has given me hope that I can finish most, if not all of them as well as work on a number of other projects throughout the year.

This project has never been mentioned before, as it is one of my longest outstanding projects. It is a crochet afghan in Brunswick acrylic yarn.

I used to a local newspaper that published a weekly knit or crochet pattern that could be ordered. I liked the look of this afghan at the time, and ordered it.

My crochet skills at the time were awful, and my gauge is totally off on this project. I don’t think I will ever complete it or work on it again. I will probably throw it out.

Again, I don’t think I’ve ever mentioned this project on the blog. It’s a Rowan pattern using the Rowan Denim yarn that shrinks when washed. I recall that this pattern seemed to go on forever, since you need to knit a much bigger garment than the finished product. 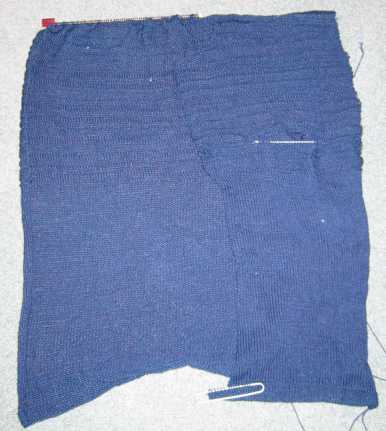 I also think I made some mistake in the total number of stitches somewhere, and I never worked up the excitement for figuring out and fixing my mistake. I think I will finish this one sometime this year.

Some of you may remember this project. I bought a side-to-side, hemp sweater kit at Stitches in 2002. 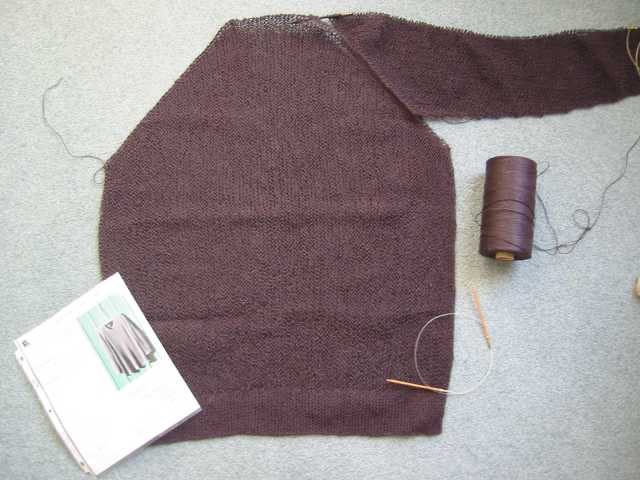 I’m concerned that I don’t have enough yarn to complete this sweater, but I will still probably pick this project up after I finish the Janis baby gift. I tried to order another cone of this yarn a while ago, but when they didn’t have any, I ordered a cone of blue hemp instead.

For the first time ever, a picture of the Kid Alpaca Bedspread/Coffin Cover. I’ve discussed this project a number of times, but I have never posted a picture until now. This picture of a lump of brownish yarn is the blanket so far. 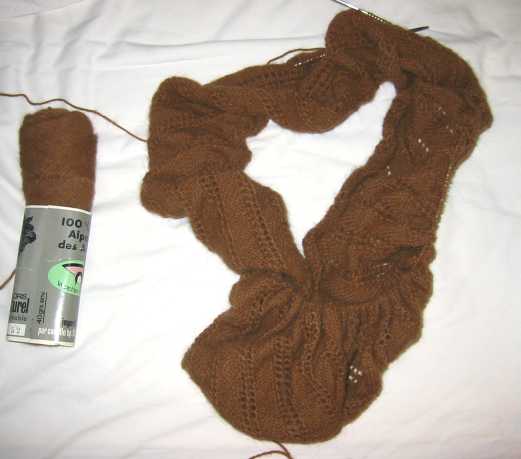 I will continue to work on this project intermittently throughout the year, but I have no intention of finishing it within this decade.

Another project I don’t think I’ve ever mentioned publicly. I purchased the kit for Kaffe’s Mosaic Vest a number of years ago. I’ve restarted this project twice because I wasn’t fond of how I had handled some the color changes.

This was originally going to be a gift for my friend Charles, but it would be way too small to fit him or me at this point in our lives. I will eventually pick this project up and finish it, but no promises for this year.

This was one of the scarves I started during the recent Craft Show, but never finished. 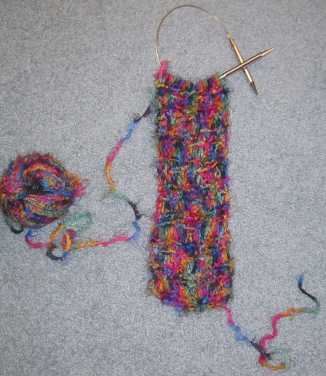 I will pick this scarf up some night when I’m bored of knitting on my current project and finish it within an hour.

I have discussed and shown this project before, and it hasn’t changed a speck since I last discussed it. 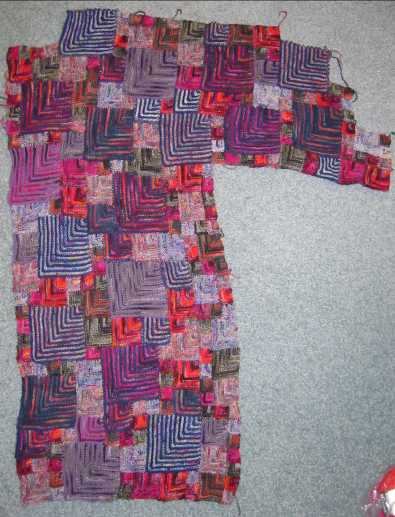 I’m not sure what I will do with this project. I know that I won’t have enough of one color of Koigu to complete it, but I have plenty of other colors that could easily substitute for the missing color. I also could probably find the missing color at my friend Kathy’s house now that I’ve seen her enormous stash of Koigu.

The original Rebekah sweater was for my neighbor’s daughter. The second one I started in Lana Grossa yarns hoping to sell the design to Unicorn Books. After there didn’t seem to be much interest in the new design, I dropped it like a hot potato. 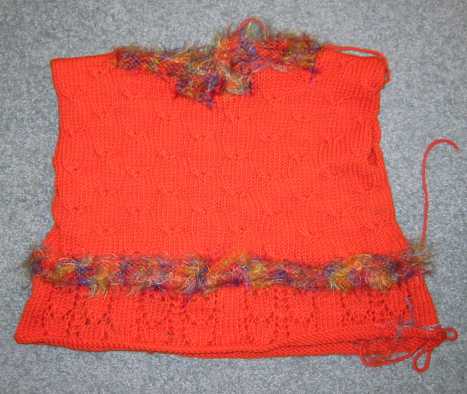 I will eventually complete this sweater, and probably give it to my neighbor for her daughter in lieu of a sweater I was supposed to make from some novelty yarn she got in New Orleans.

I started a sock while on vacation in Cancun in 2001, in a very fine cotton yarn I have on a cone. I love the color of the sock, but the fine gauge made it difficult to finish even the first sock. 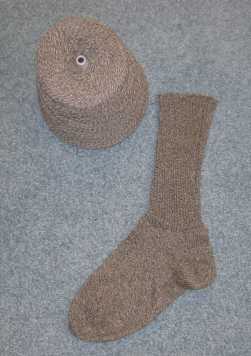 I will eventually start and finish a second sock. Mostly because I really like the color. Perhaps I’ll start it on my 2004 trip to Cancun in February.

1. The secret project for Janis’ baby

2. The secret project for a friend

3. Selecting and sewing on buttons to Ronas Hill

4. A little bit of charity knitting (which I don’t usually discuss on my blog)

But other than that, I don’t think the list is too awful.

Let’s see how far I progress with each during 2004.