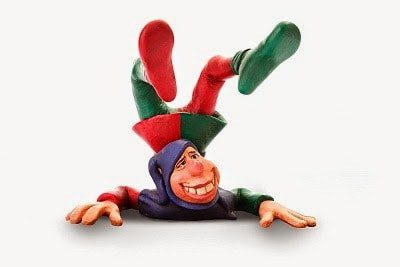 It’s easy to enjoy April Fool’s day when you don’t care about looking like one.

In some ways I’m extremely egotistic.

Isn’t a blog one of the most self-centered things to have? I am also very concerned about making sure my appearance is acceptable, and that people value my work.

In other ways, I have very little concern for my ego. I don’t care if folks insult me (remember when I published the Newcomers’ Rules for the first time?). I can be very self-deprecating.

I truly believe that a certain amount of self-based focus is important and healthy, and that too much can be very off-putting to others. I guess like most everything else, it’s all a matter of balance.

I’ve stalled a little on the blanket. It’s not that I didn’t work on it, but I’ve had very limited time to knit lately, and I’ve only gotten to almost completing the fifth section. 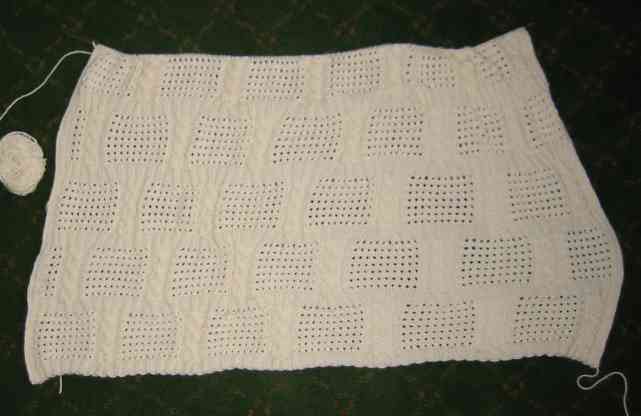 I am looking forward to getting this done and getting on to a new project.

I heard from my friend Leslie who had suggested a two-color blanket pattern that she likes. It turns out that the pattern isn’t a double knit pattern, but more of a mosaic slip-stitch pattern.

Now I will definitely have to swatch it to see what I think.

I also did a little bit of work on a Fair Isle design pattern. I’ve got the main part of the design pretty much worked out. I think I need to do a smaller secondary pattern, maybe even two that I can intersperse in with the other design.

I’m looking forward to having something I can swatch soon. The testing of colors in this pattern is what is really exciting for me.

Carol S. asks if I’m following the articles in the Philadelphia Inquirer by John Grogan on gay marriage.

Since I’m not home most of the week, I don’t read the Philly local news. I may have to start.

Barbro asks why my blog is taking so long to load.

Being the techno-idiot that I am, I’m not sure. I added a small piece of code to show the number of folks that are looking at the blog, and the script is hosted on the software company’s server. That may be the cause of the problem, so I’m going to remove it, and see if that helps.

Then again, as Antonio suggested, it could be just BlogSplat again. Sometimes their software is VERY slow.