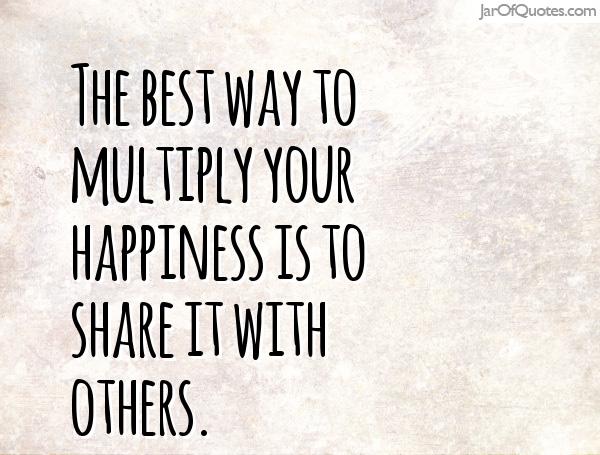 Ignore those sections that aren’t of interest.

The dreaming and constant thinking about spinning during the week paid off. I was able to spin two full spindles of singles, and ply them together to get a 3.6 oz. skein of Corriedale cross yarn. 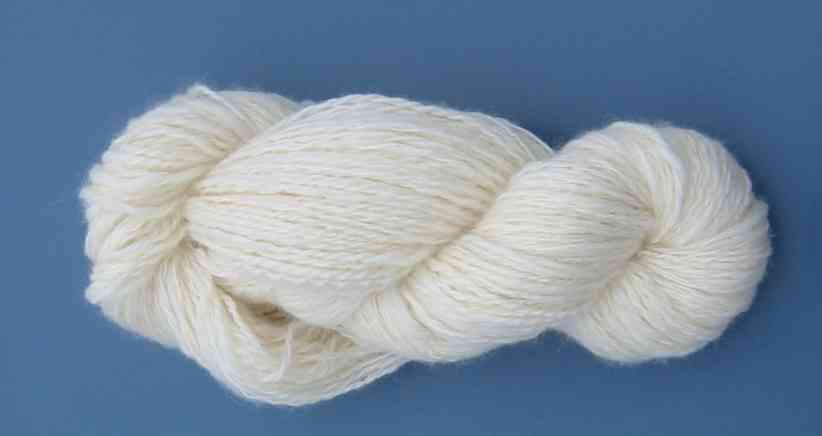 My spinning is getting very uniform, and even my plying was pretty decent. I’ve got another full spindle of yarn, which will be plied with the fourth spindle that I will do when I get home.

I truly am very taken with this new activity.

Despite all my spinning activity, I did get some knitting done on the red baby blanket. I’ve got about 3 inches completed so far, and I will be working on this project while I’m in Albany.

I’ll update the blog with a picture of the new blanket in my next entry.

My friend Alan knits for a living.

He owns about 12 different knitting machines, of which about six are these HUGE industrial size, factory machines (not motorized). 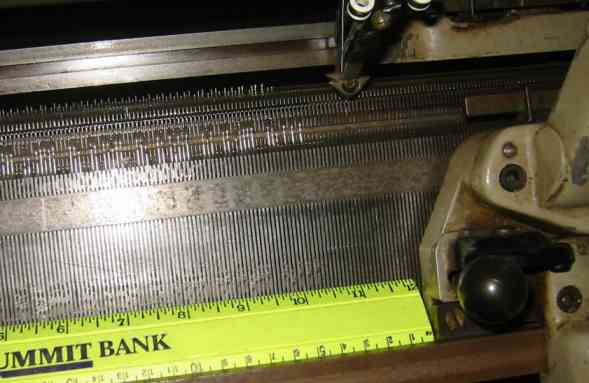 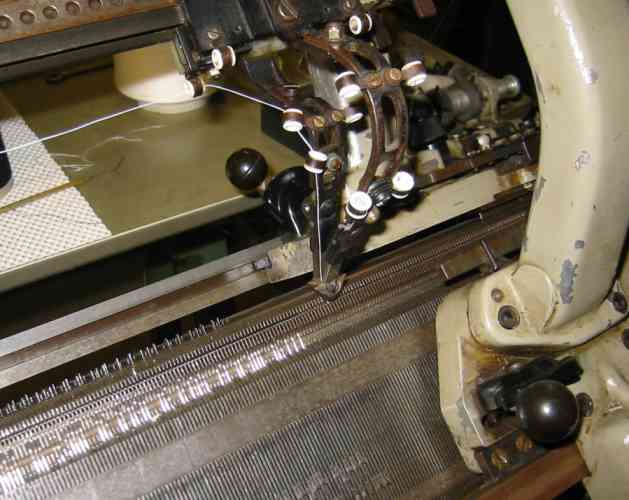 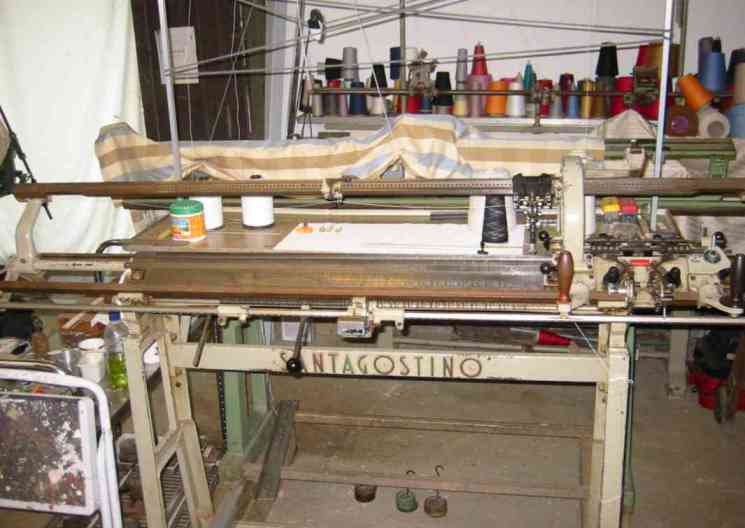 I have always envied Alan’s machines, and wished I could own one. That is until reality sets in.

I was at Alan’s house yesterday, and he’s getting rid of 3 of his factory knitting machines. As much as I desperately want one, there is no way I could find room in my house for one of these amazing machines. I’m still trying to find a way of making this happen, but it doesn’t look likely.

If anyone is interested in owning one of these machines, and would like to get one at an amazing deal, let me know. The biggest difficulty will be transporting the machine. It really can’t be shipped, so you’d have to pick it up yourself in New Jersey.

Alan has a boatload of yarn on cones, and asked me if I could try to unload some of it on eBay for him. Since it means I can take any of it that I want before putting it on eBay, I was glad to oblige.

I don’t mean to make this blog a site for selling things, but in case anyone’s interested in large cones of tweedy wool, or knitting tape/ribbon, you can check out my listings here.

I’m happy to say that there were three pieces of art at the auction I mentioned last week, that went for their initial bidding price (at least half of what they’re worth). Fortunately, I was able to take advantage all three opportunities. 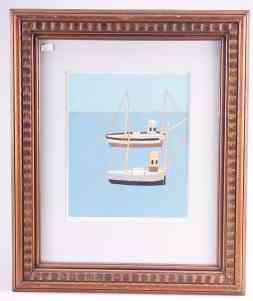 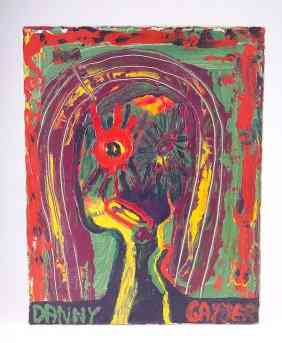 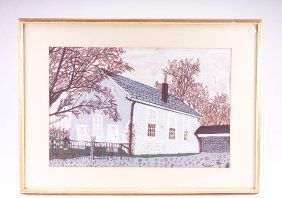 The first one is a piece by a relatively new Modernist named Herbert Roberts. It’s of a local building. The middle one is one of my favorite artists, Danny Gayder. Finally, the last one is by a Cornish artist named Bryan Pearce. We also own a few of his pieces.

Having an understanding of the local art scene definitely gave me an upper hand in bidding. I ended up getting three pieces I like for a very small amount of money.

Geraldine and others have asked or mentioned comments about the fiber I’m spinning and whether I plan on getting into dyeing or buying pre-dyed wool for spinning.

I’m currently spinning a Corriedale cross wool (does that mean it’s Corriedale cross-bred with some other breed?…not sure). I could have purchased the same wool in many different colors, but I preferred to buy it naturally colored to start off with. At one point I will get into dyeing. In fact the Spin-Off magazine I mentioned the other day has an article on dyeing with food coloring.

Others have mentioned they spin with an Ashford wheel, and how do I like this wheel.

Compared to drop spinning, it’s amazing. But I do have some complaints with the wheel.

First of all, it’s single treadle. My right leg was aching after my first day of non-stop spinning, and it’s hard to control the direction of the wheel with only one treadle.

I also don’t like the controls for the wheel tension and the Scotch brake tension. They are very persnickety, and seem to require quite a bit of adjustment for no apparent reason.

I’m glad to have some of these issues, so I will know what to look for in the wheel I eventually purchase.