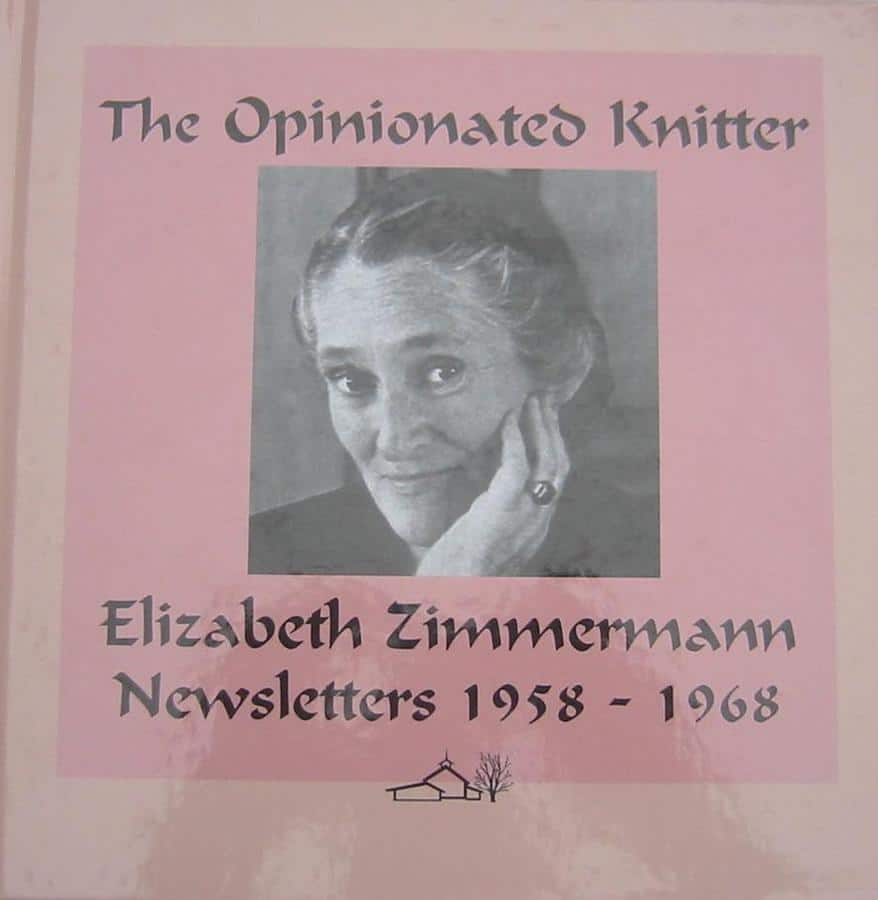 At the risk of repeating myself, I truly enjoy reading strongly stated opinions. Even if they are contrary to mine

The Newcomer Rules have a few examples of how I hope for readers to express themselves, and how not to.

Another example of a reader’s opinion came in an e-mail today, which was contrary to my own, but was simply stated as an opinion. I can read her opinion, and get a sense about who she is, and what’s she’s about. That’s a good thing.

So for any of the folks reading this blog, who are less than pleased with some topic, feel free to express yourself. I am open to all expressions of opinion. The only things I don’t tolerate are:

– Opinions that have already been expressed repeatedly, with no other value added (nothing will happen with these…I just don’t like them)

Knitting time has been as rare as hen’s teeth, so I’ve not made significant progress on the new baby blanket. 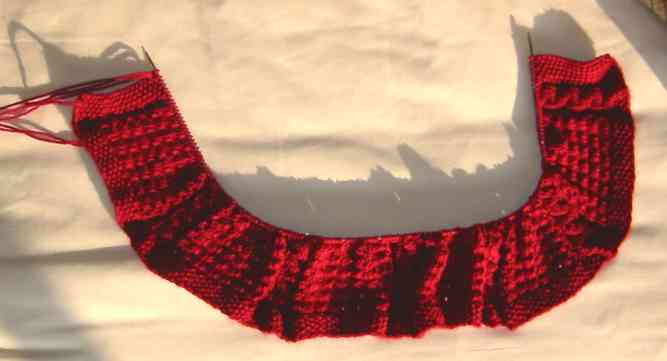 Here’s a close up of the pattern, in case anyone wants a slightly better view. 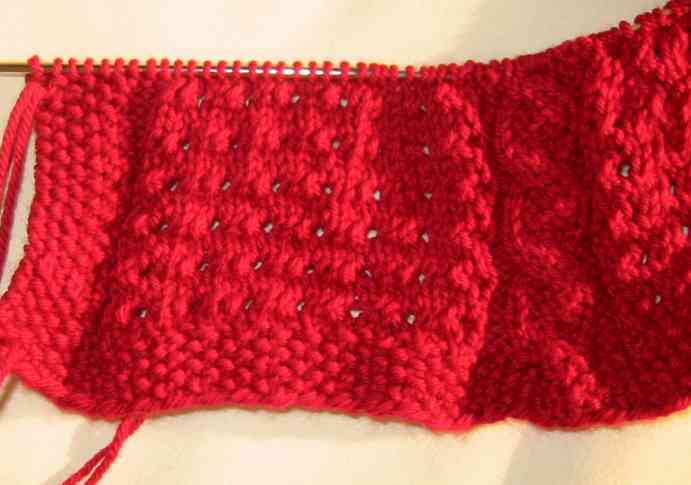 My eBay yarn sales end today, and I’m surprised and pleased at the bidding. I was honestly concerned that eBay bidders wouldn’t understand the value of some of these yarns, but they seem to understand it very well.

Check them out here if you haven’t had an opportunity.

The final total sales amount of these yarns will determine whether I put up a second batch for sale this coming weekend.

Jessi asks what I will do with my handspun.

When I ordered the processed wool, I only ordered a pound of each type of wool. The place I purchased it, practically guaranteed that I could get more if I wanted it up to a year from my purchase. I will probably finish spinning the pound of Corriedale and get enough more to spin a sweater’s worth of yarn. I would love to be able to show off one of my own designs that I had spun the yarn for myself.

Lynn mentioned that she doesn’t like the built-in lazy-kate for plying on the Ashford.

I ended up making a lazy-kate from a sturdy shoe box and two knitting needles. I got the idea from one of the many spinning books I studied a month or so ago. It worked great.

Mary asks if I’ll be putting pictures of the coned yarn that I ended up keeping instead of selling on eBay.

Yes, I will definitely show you anything I end up with.

Antonio wants to know if I’ll make an appearance at Rheinbeck Sheep and Wool.

I haven’t decided yet. I would like to go, but that would possibly mean not going to Stitches. I’m deferring this decision for a while because I don’t want to deal with saying “no” to either event.

Stephanie asks for more information on the homespun yarn.

I don’t have the yarn with me, here in Albany. I’ll put up more details when I get home.

Carol S. mentions that she wants a Kromski.

That was the only wheel I actually tried when I was at Maryland Sheep & Wool, and I liked it (even though it was only a single treadle wheel). It was a much more enjoyable spinning experience than the Ashford. I’ll need to check them out again now that I know how to spin a little better (I’ve always had a fondness for Pollacks, like Thaddeus).

Elly had a question on a VERY old post about the mitered square, men’s pullover I did in Noro Silk Garden, and whether it was stiff.

Not at all stiff. The silk gives a VERY loose gauge. It makes a fabric on the thinner side, but VERY warm.