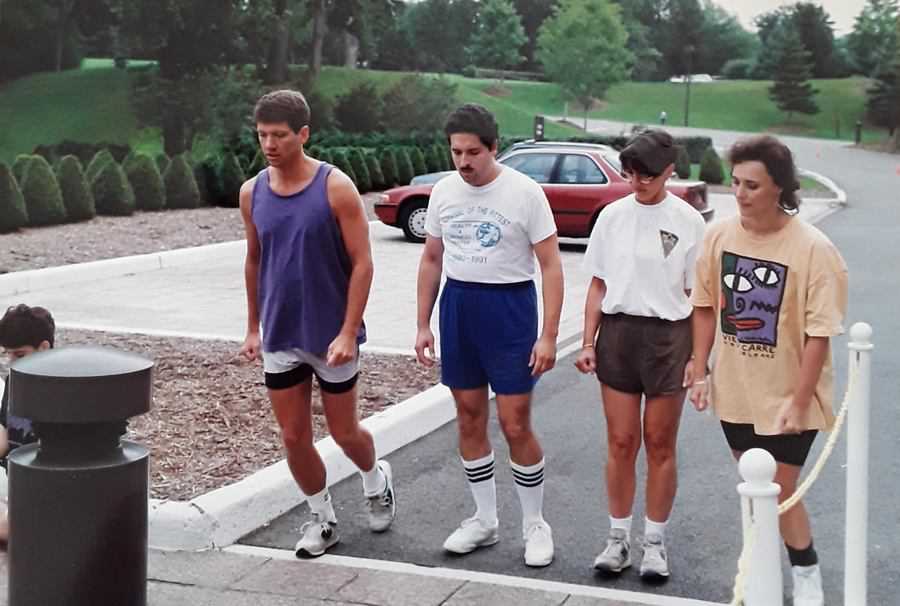 In some ways I can be very competitive, and in others, I feel like a pot smoker that just doesn’t care how fast the World goes by.

Examples…
One area where I’m very competitive is in my driving. I don’t care about beating people to an offramp, but if someone cuts ahead of a line of cars that I’m in, I’ll make it my business to chase them till I catch them and then cut them off.

Perhaps that’s more vindictive than competitive, but you get the idea.

Also, in witty reparté. I always want to have the last word, or end up saying the funniest thing about a subject. With Lisa around, I have already acknowledged I will never win that battle.

Where I’m not competitive is in business. I’m very satisfied at my current level in my line of work. I don’t care to be promoted, and I have no need for big increases in salary or large bonuses (or the weighty responsibilities that come along with them).

Also, when I was selling scarves at a local craft show, I was always more apt to point customers to other artisan’s booths than have them use up their budget at mine.

Even with my new wooden needle business, I would much rather have a reputation of integrity in dealing with folks, than make an extra buck.

I’m not sure if this is a lack or testosterone or just a certain level of satisfaction that lets me ignore the folks racing past me.

Olive Cone Sweater
I was finally able to get a bit of knitting done on this garment over the weekend. 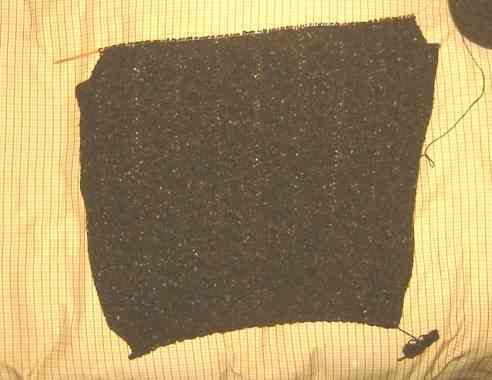 I’ve made it up to the raglan shaping on the back and it gets faster and faster as I have less and less stitches to make each row.

It’s looking quite swell, if I do say so my self.

Readers’ Comments/Questions
Kathy points out that questioning the cost of an inauguration of Bush might not be fair given comparisons of other inauguration costs of the past.

She is right, of course, and more so, the cost of the inauguration will be covered by private contributions. But honestly, given the initial pledges of support he made for the tsunami while on holiday in Crawford, TX, and given that those “private contributions” will no doubt provide more access to the president to the already rich and greedy, it just seems garish and unethical to put together such an expensive shindig. By the way, Bill Clinton’s second inauguration in total cost under $30 million and his entire presidential library (which was called overly extravagant by many) cost $165 million. Again, the Dory affect comes into play.

I was grateful to read Amysue’s concerns about “saving” Asian children by adopting them.

Contextual understanding of that kind of mindset is very important. Clearly the mighty savior will treat an adopted child differently than parents that choose to raise a child for less selfish reasons than self-aggrandizement.

As far as crafty protests go and knitted uteri, I disagree with my friends Kathy and Marilyn.

I have alway said that I am not a proponent of abortion. In fact, I’m downright anti-abortion in my personal values. I think it must be an awful decision for women to have to make, not to mention the trauma to their bodies caused by the actual procedure.

However, taking away the right to allow anyone decision-making rights to their body is unthinkable.

So, if throwing knitted women’s body parts at a building brings any awareness to this issue, I am all for it.