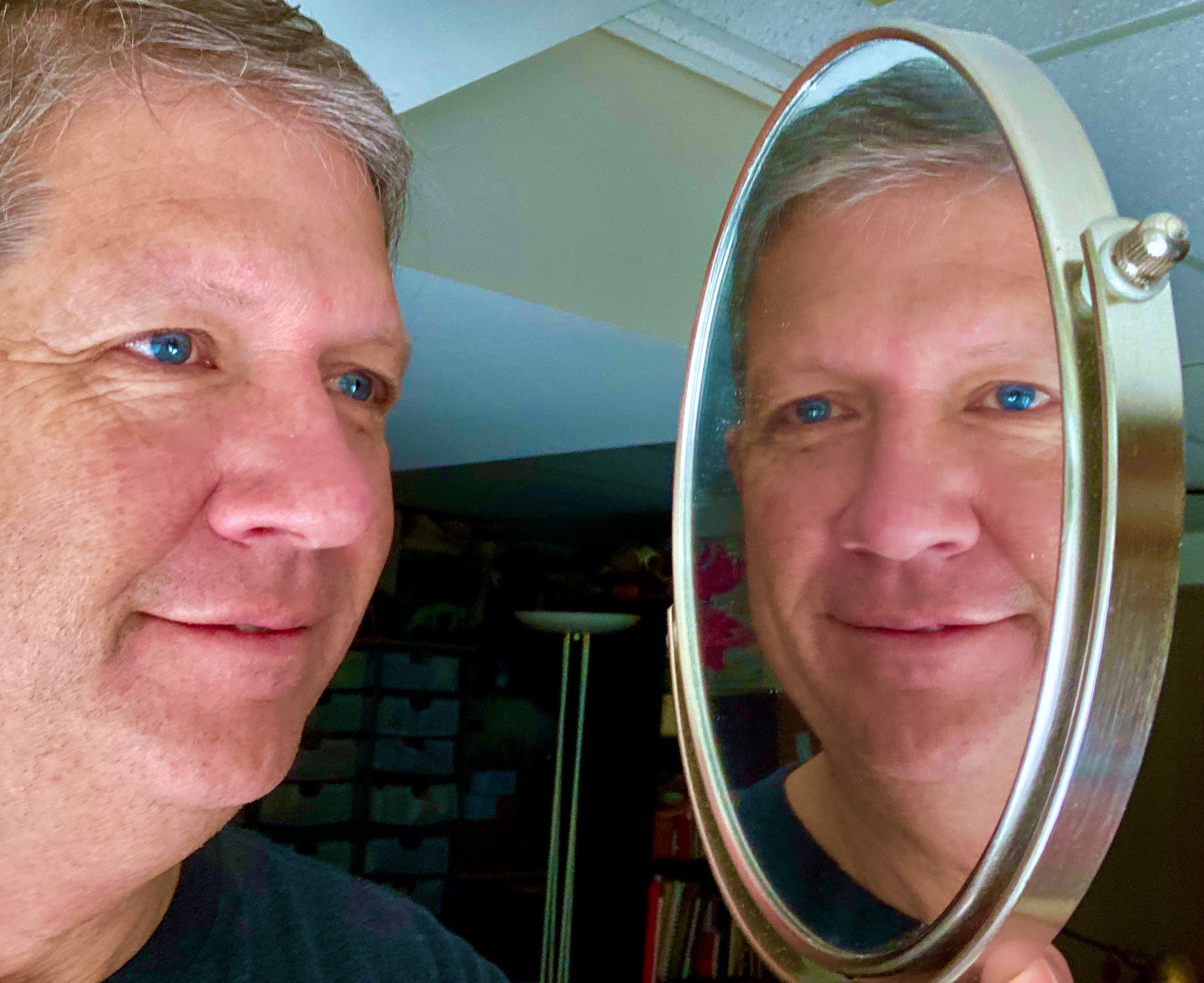 Did my comments about vanity plates leave people to think that I thought being vain was bad? If so, I misled.

And when did I EVER say that vanity was bad. I am vain. Blogs are complete vanity.

Kim S. said it perfectly right in her comments.

As with blogs, if you can’t say anything but stupid drivel on a license plate, go with the DMV generic version. Why would you waste your money to say something moronic, or totally unclever (good word Kathy)?

The other thing I LOVED about Ernestine’s comment was it made me think she was either one of the poorly critiqued designers in one of my reviews, or personally knew one of the maligned designers, and was offended by my opinion. What does vanity and being critical have to do with each other? If she had cited (thanks Jo) the fact that I have 2 lists of 100 items each, all about ME, or the fact that I’ve been writing incessantly about personal projects for two years, I could understand how that proves her invalid point about vanity.

But instead, she cites (thanks again Jo) my harsh critiques as a demonstration of vanity?

Methinks she was somehow hurt by my comments somewhere along the line.

Should we call Dr. Phil? 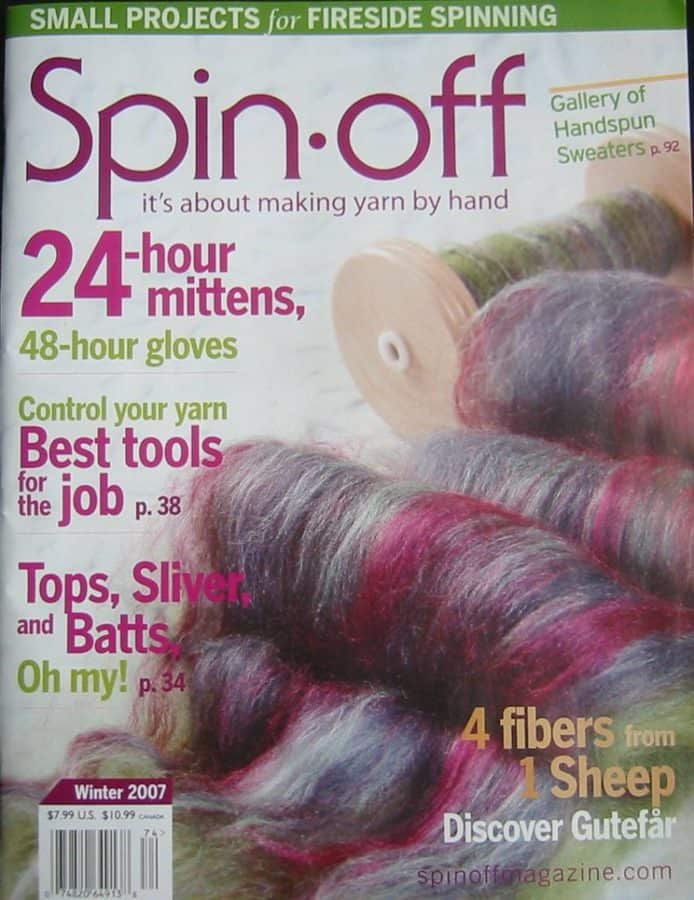 First, I have to say that I love this magazine. It doesn’t try and pretend to be something that it’s not. It does not try to be overly sophisticated. And it is always chock full of ideas and techniques and designs and information.

There are really only 8 “designs” in this magazine, for a cost of US$7.99. It also contains the following articles:

Behind the Scenes at Lendrum – Cindy Ellen Hill – Interesting way to mix advertisement with good information
Spinning Basics: The Short Draw – Carol Huebscher Rhodes – As a new spinner, I always read through this part a few times and try it out.
The Handspun Tapestries of Sandy Burstein – Laura Silverman – Simple interview with a talented artist.
50th Guild Anniversy – Susan Sullivan Maynard – Charming story, if you’re into charming
Fiber Basics: Black Welsh Mountain – Carol Huebscher Rhodes – Amazingly thorough review of this sheep and its fiber
Handspun Gallery of Sweaters – Small, but varied selection of homespun designs
Standing on the Shoulders of Giants – Judith MacKenzie McCuin – A beautiful way of ending the issue

I’m not going to review the eight designs, but I will say that the there were two projects that both Selma and I liked a lot.

The first was a weaving project by Selma Miriam. It’s this amazing Linen-Hemp Shirt. Beautiful, and cleverly constructed.

The second one was the cover project of Handspun Coiled Baskets by Elizabeth Hubbard. Hers are absolutely beautiful.

Current Knitting
I didn’t get the chance to do any knitting between the last blog entry and now, but I’m still hopeful to finish the blanket project this long U.S. holiday weekend.

I also forgot to mention, that I did some additional knitting this past weekend on the Bed Cover, and I’m still not up to 12 inches on that project.

Spinning
I did finish spinning the grape merino and started on the next color.

Since I will have my regular computer back this Friday, I will be able to post pictures. It turns out the hard drive was really screwed up bad, but they were still able to recover the majority of my data. That stuff amazes me.