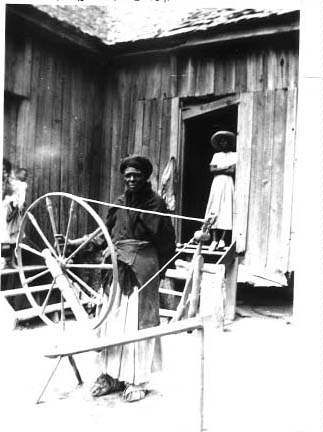 Trying To Get Back To Slavery

I’m convinced that the Redumblican administration is trying to get us back to a time where there was a distinct upper class, and a distinct lower class. They must miss their cheap servants.

Minimum Wage
Do you know what the Federal minimum hourly wage is?

Do you know when the last time it was increased?

Yes, if you’re lucky enough to have a full-time job at minimum wage, you can expect to earn an annual salary of $10,712.

But you say, surely you can work some overtime. Let’s say you work 60 hours a week. That would bring your annual wages up to a whopping $18,746.

And you wonder why the cashier behind the counter at Seven-Eleven is surly.

The federal minimum hourly wage, adjusted for inflation, is the lowest it’s been since its inception in 1955.

At this rate, you’d think folks would be scrambling to sign up for the armed services.

Current Knitting
I made quite a bit of progress on the Wool/Hemp Pullover.

I like the way that Barb described the gold highlights. I see it the same way. Here’s a closeup of the pattern stitch (both the ribbing at the bottom and the main ribbing).

Readers’ Comments/Questions
I just wanted to say that both Franklin and Mindy’s comments made me well up with tears. For very different reasons.

Thanks for both the mini-stories.