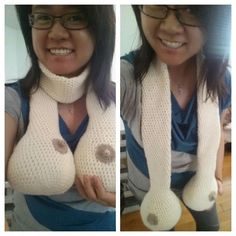 Have you ever seen the bumper sticker that just says W.O.W.? Do you know what it means?

W.I.L.T.
I hate giving free publicity to assholes, but W.O.W. stands for Whip ’em Out Wednesday, which was a radio promotion started by two of the worst DJ’s on the planet, Opie and Anthony. The basic premise is that if a woman sees someone with this bumper sticker on a Wednesday, she should show the driver her tits.

A little bit about Opie and Anthony. These two Howard Stern wannabes, gained a lot of fame in the New York area, and have since moved to satellite radio. They started with a subscription/premium radio show on XM radio, that cost you an extra $2.99 a month, just to hear them. They’ve since been downgraded to be included in XM’s basic package price.

When I was still subscribing to XM radio, they offered a free week of Opie and Anthony, so I decided to listen in. The words “fag”, “faggot” and “homo” were used so many times in my first hour of listening, that I turned them off in disgust.

So the next time you see a W.O.W. bumper sticker, tell the asshole driving to whip is saggy tits out first so you can get a good laugh. Or better yet get a W.I.L.T. bumper sticker and we’ll come up with a good definition for the acronym.

Current Knitting
Why the hell do sleeves take so freakin’ long to knit? 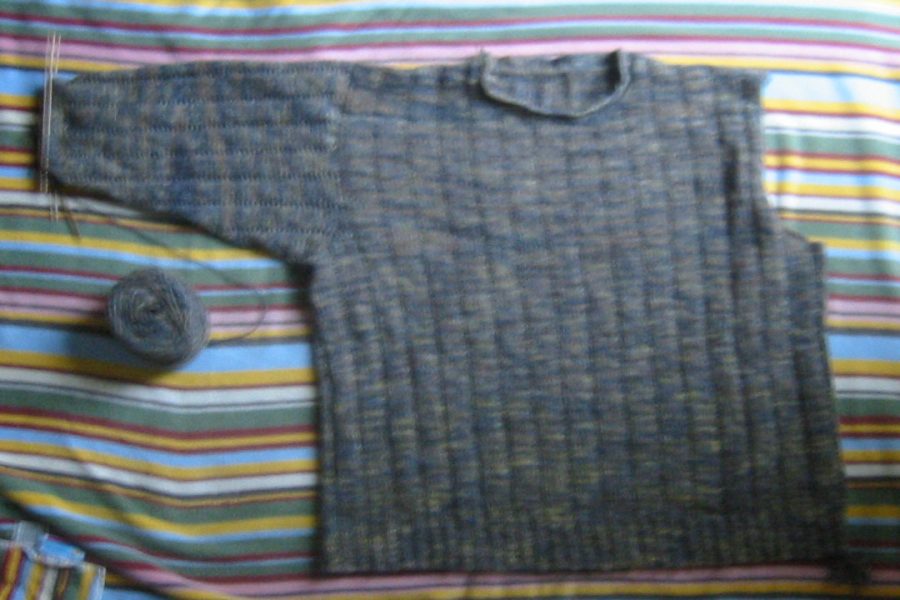 I’m almost to the cuff of the first sleeve, but it’s moving so slowly. Now that I’ve switched to the doublepointed needles, it’s going more quickly, but still not as quickly as I’d hoped.

New Designs
I’m designing a new woman’s sweater in my mind and in my drawings lately. I think it will be very good. If after swatching it, I find it’s good enough to publish, I may not include it in this blog, so that I can submit it as an unseen design.

But don’t worry, I will also work on a project (or projects) that I can show regular progress with.

Speaking Of Designs
All you knitting men out there, MenKnit.net is extending their deadline for design submissions until the middle of next month. After the pathetic number of men who submitted designs to Knitty, it would be great to have a decent showing of an on-line magazine devoted specifically to us.

Readers’ Comments/Questions
Geraldine notes: “I have to admit I haven’t seen the skull and crossbones garment, but hey, its the principle of the thing isn’t it? Here was everyone a couple of blogs ago bemoaning the role of society in damaging the self image of young men and driving them to drug use, and here we are doing that very thing by bagging a guy who has a go. Fair’s fair.”

On a related note, Becky says: “I think he should be encouraged to keep designing and not told his design is laughable.”

Thank you both for your comments. I’m not sure I agree with either, but both caused me to think about my critiques. I remember the encouragement I got for my knitting early on, and it was very much appreciated. I love that the young guy created that garment, and the technical and creative effort he exhibited. What I should have made more clear was that the laughable part would be seeing me in that garment as a 46 year old guy, not that his efforts were in the least bit laughable. I was actually quite impressed by the youngster’s talent.

Also, thank you everyone for helping me identify this harmless monster of a bug. He hasn’t returned, and harmless or not, I’m glad about that.