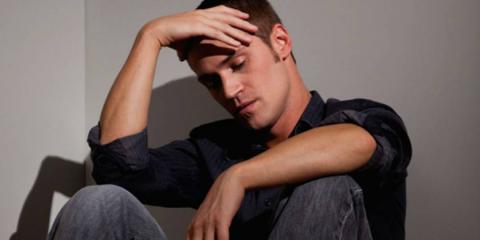 Is your self-esteem strong enough to be able to appreciate someone who speaks badly of you?

Blog Nastiness
Kathy mentioned in comments that someone was dragging my name through the mud in her blog, and after finally locating the blog, I have to say I like the attitude and some of the writing of the blog writer.

I felt somewhat conflicted by this. I felt I should have despised her, but I honestly didn’t. It was quite interesting to read her comments about me, some of which were true and others just silly. Kathy mentioned that she called me a bigot, which is just plainly not true. I’m not really even a fiber-snob, and I have no issue with folks that knit with acrylics or less expensive yarns. She is correct with some of her other assertions.

But all-in-all, I was glad she writes. She is quite opinionated, and you know I value that character trait.

I have to say I was grateful for the interesting, creative folks that comment on my blog after reading hers.

More Beauty in Nastiness
About a month ago, Thaddeus and I ran into an acquaintance at the flea market who was selling orchids. She found an abandoned greenhouse that was about to be demolished with dozens of orchids left inside. Since none of the orchids were in bloom, she decided to set up an orchid rescue table to find good homes for them.

We paid $5 and took ours home and it turned into this.

We’re surprised and happy with the result.

Weekend Fiber Activity – Revisited
I forgot to mention in my last post that there was something else that kept me from working on the Wool/Hemp pullover. Thaddeus had asked me to knit him a tube that he could use to cover the power cord for our telephone downstairs. He said the cat had been chewing it lately and he needed something to protect it.

Since Thaddeus rarely asks me to knit for him, I dropped everything and started this.

I was going to do i-cord, but it wasn’t a wide enough tube. After finishing about 3 feet of this tube, he suggested I use the Barbie Knitting Machine. I ended up creating 5 feet of tubing (quite a bit thicker than the handknitted version) in about 10 minutes.

I think it’s working as he had hoped.

Readers’ Comments/Questions
Regarding the book, “We Are All The Same”, Cheryl asks, “Was the book any good??”

Overall, I would say the book is worth reading, if for no other reason, the circumstances are extraordinary and the hero and heroine are inspirational. I wasn’t overly impressed with the writing, finding it somewhat dry and inconsistent, but I wouldn’t let that keep you from experiencing this story.

Cynthia asks, “Have you reviewed the new Interweave?

I haven’t and I don’t think I will. I have the magazine, and we reviewed it at the latest get-together. It just didn’t seem worth my time to detail out each design. Although there were some designs I liked and some designs I hated. Quel Surprise.

I was browsing other magazines the other night in a Barnes and Nobles and scanned through “Knitting” magazine and the new “InKnitters”. “Knitting” magazine is a British publication and had quite a few classic designs and some quirky stuff that was interesting, especially one cropped, color, cotton design by Sasha Kagan. InKnitters had nothing at all of interest. I passed on both magazines.

Purlpower posits, “I gather your public transport system (in the U.S.) is fairly crap, am I right?”

Except in some of the larger, concentrated cities, like New York, Chicago, San Francisco, etc., the public transport system sucks. And even in areas where it’s available, such as up her in the Albany, NY area, there is often a stigma attached to it, that indicates poverty if you use it.