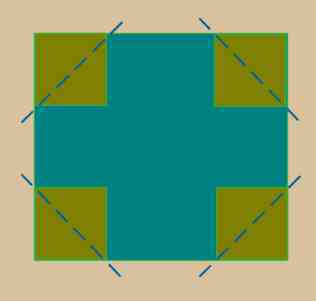 A few folks have asked me about some of my efficiency methods that have increased my patchworking speed, so I thought I’d put in a small tutorial for the biggest time-saver I’ve found, in case anyone is interested.

Continuous Sewing
Years of watching that quilt woman with a speech impediment on television have helped more than I could have imagined. She taught me a very important lesson when machine piecing, which is to try and sew continuous pieces so that you don’t end up with long lengths of thread on all your patchwork pieces.

The difficulty with the Snowball design, is that you have to keep all your snowballs in order and make sure the corners are all sewed on in the correct place. Each snowball is actually a square piece of fabric with four smaller squares sewn into the corner of the larger square, and each small square has to match the three adjoining small squares.

The corners are then cut off leaving a 1/4″ seam, and the smaller square is pressed outward, completing the square with what will be one section of the diamond in between each snowball. After sewing the small squares, my nine-patch looks like this. 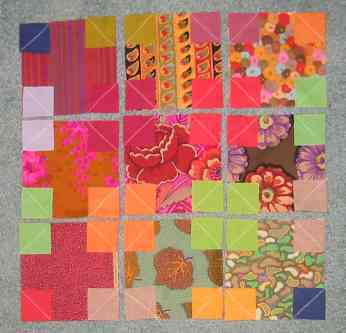 Since I have to lay out nine snowballs at a time, and lay the smaller squares in each corner, I have to keep track of 36 little squares, and make sure they get sewn into the correct corner, and my snowballs don’t get out of order.

All that while trying to do continuous sewing. 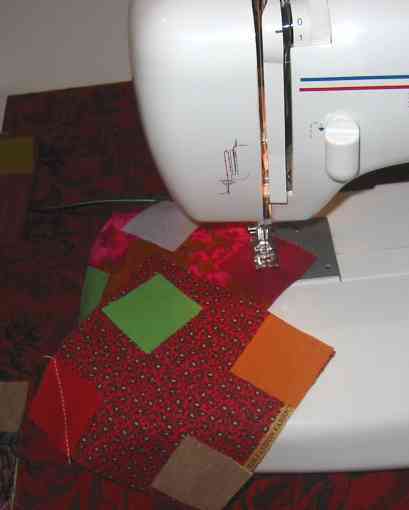 What ended up happening is that the small squares from snowball-1 would stick to the back of snowball-2, or fall off in back of the sewing machine. 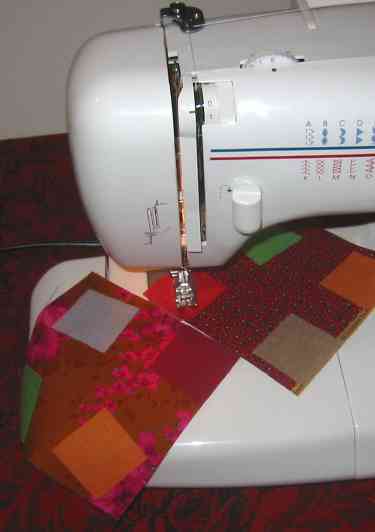 Believe it or not, this almost doubled my speed during this part of the machine piecing.

I’m sure some of you experienced quilters found this description as tedious as someone describing how to pick up a dropped stitch in knitting, but hopefully it will help out some other newbie quilter like me.

Current Knitting
I promised a progress picture, so here it is. 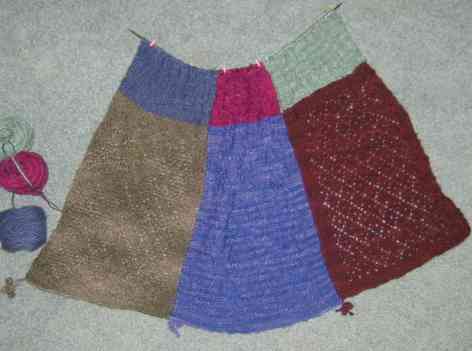 Still plugging along on this project, and fortunately, I’m making much fewer errors on these three color blocks.

Readers’ Comments/Questions
Diane asks, “How are you planning on quilting your quilt? What is the back going to be?”

The quilting portion of the quilt will be done by a professional. I plan on having her do a repeating pattern over the full quilt, with perhaps a different pattern for the border section. I figure that most of the quilting will be lost in the busy-ness of the patchwork anyway. The backing I haven’t decided on yet. When the top is complete, I will beg Liza to indulge me once again, and browse through her huge inventory of fabric and buy something appropriate. I’m currently thinking something in a deep green with a small pattern, but I’ll have to see it to be sure.

Seanna Lea mentions, “I can’t really think of any reason to mind being a newbie on a craft-related list, but this is mostly my ignorance showing. I figure that there are plenty of idiots on these lists that will ask my questions for me (or I look in the archives). It’s just a matter of getting out before the inanity is just too much to bear.”

She summed it exactly as I viewed it, but put it much better. Thank you.