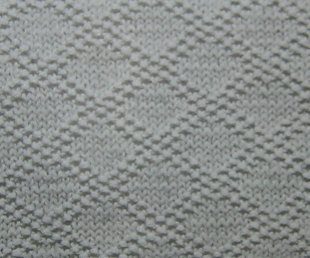 If I Were King

Carol S. assigned me a topic for today’s blog.

“What would you do, Joe, if you were in charge of Stitches 2006, to make it worth attending?”

Focus On The Solution
First of all, I think that the lackluster showing at Stitches East is because of three distinct factors:

1. Overall shitty attitude of the XRX staff to their customer base,
2. Stale format and growing disinterest of both customers and vendors in the event, and
3. Premium prices in the Stitches Market competing against internet sales

To correct the event, I would have to deal with all three issues in very serious ways.

The first issue, in my mind, is the most severe. Fixing this would require a complete re-vamping of both Knitters Magazine and the KnitU list. Changes to Knitters Magazine would require radical changes such as demanding a higher level of sophistication from designers, cultivating and encouraging new designers and negotiating more aggressively with yarn vendors to allow designers to better showcase their yarns.

For KnitU, mainly it would require the List-Owner(s) to be open for frank feedback from listers. And to be responsive to the comments, both on the list and in the magazine. I can’t imagine why any of the publishers wouldn’t also try to work with Knit-bloggers to garner community goodwill and to help them assess how they’re doing.

Marilyn notes a number of areas that would help with the second issue. I love her ideas about bringing back some of the better instructors, even though I’ve never taken a knitting class at Stitches, and doubt I would. I really only went for the market. Incentives for vendors would also be a critical component to assisting XRX make the event spectacular. Some of the most successful booths at Stitches in past years were put on by yarn vendors in the name of a specific store that distributed their products. Unicorn Books/Lana Grossa/Jamieson Shetland did the booth for Simply Knit in their last year at Stitches and it was beautiful and highly successful for both companies involved. When was the last year that Rowan even had a presence at Stitches? I would love to see more cooperative booths where the yarn manufacturers could join forces with a yarn store to fully market their product lines.

I would also like to see a “Reality” event staged throughout the year prior to Stitches. Have auditions for “Diva Designer” at Stitches 2006 and have monthly contests featured in the magazine and on KnitU for participants. Have snotty judges (like me and Marilyn) and nice judges like Stephanie argue about who should remain in the contest and who to kick out. Then have the finale vote at Stitches 2007 where all attendees can have the final say in who is the winner.

If not that, then some other kind of attraction that would excite a very bored customer base.

Change things up each year. Give out an annual conference freebie, like a Chibi or blocking wires or some other promotional item that would help advertise a yarn company. Have a specific conference theme each year, such as “A Call To New Knitters”, or “Colors, Textures and Design”, or “Stash Busters”. Have newbie orientations or workshops running all through the event so we can bring potential converts. Partner with vendors to help promote the event. They used to give a free single booth to the vendor that got the most customers to bring in a postcard. Simply Knit used to win it every year just by sending out a mailing to their customers. Expand that in ways that will encourage vendors to generate excitement around the event.

Finally, encourage or incent vendors to have “Stitches-Only Sales Events”. With the prevalence of the internet for buying yarn, why would anyone possibly buy yarn or books or tools at premium prices when they could go home and place an on-line order?

Current Knitting
I made no discernible progress on the Vineyard Throw. The “spurt” has turned to a “dribble”. Well, I did knit some. I’m now at row 72 of 104.

Other Weekend Fiber Activity
Okay, you know a got some knitting done. You know I got some quilting done. But I also put in some time working on my “nose crust” merino spinning. 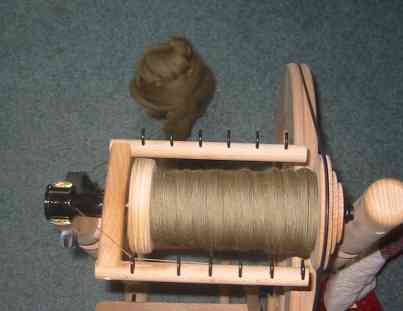 You might be able to see how very little is left in the ball of roving. I spun like a madman this past weekend knowing that I only have one more color of this merino to spin after “nose crust”.

I should be able to finish spinning this lovely fiber by the weekend, and perhaps even start the last color.

Readers’ Comments/Questions
Liz asks, “So, do you get to meet Kaffe and show him your quilt personally?”

I think so. He’s really quite a nice man with extraordinary talent in color and pattern design. The few times I’ve had an opportunity to meet him, he was extremely gracious and personable. I wouldn’t expect anything less from a friend of Liza’s. I wouldn’t think swooning would be appropriate.

Concerning the striped binding fabric, Mary asks, “Have you considered cutting the fabric on the bias?”

Yes, that is how I will cut the fabric before sending it off for finishing. My understanding is that cutting it on the bias allows for a more stretchy and flexible fabric, which makes it easier to shape around the corners of the quilt.