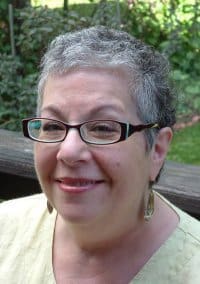 When blog readers have sent gifts, they have always been thoughtful, beautiful and oftentimes delicious.

Gratitude
Do I just have incredibly creative and thoughtful readers, or do other bloggers have readers who put great thought into sending wonderful gifts?

This past weekend, I got this awesome package from Fredda: 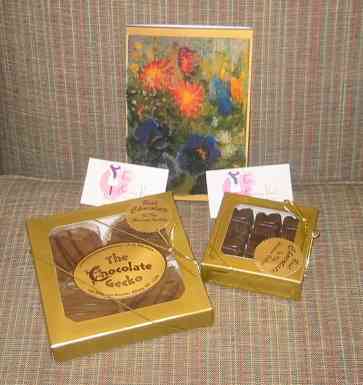 The two boxes are handmade chocolates from a chocolatier in Albany, NY, called “The Chocolate Gecko.” Fredda also sent along a very nice note (both nicely written and with a nice sentiment), basically thanking me for my support of the Knitting Vault. But specifically, she sent two candies that she knew I liked (peanut butter cups and a dulce de leche-like candy). They are both amazing (Thaddeus also agrees). Even though I would gladly promote Fredda’s web business (because I think it’s a great idea, and because I’ve sold a boatload of patterns myself), the candy was an incredibly thoughtful thank-you gift.

QueerJoe’s History of The Knitting Vault
A while ago, I started receiving correspondence from Fredda, when she read that I was looking for a local yarn store in the Albany/Schenectady, NY area. She referred me to Ye Olde Yarn & Gift Shoppe, which is about 10 minutes from where I’m currently working. I have been there a number of times (see below) and enjoy their store a lot.

Then, Fredda asked me for input on this new idea she was in the process of creating, called The Knitting Vault. She described the project as basically an on-line space that would allow knitwear designers to sell their self-published designs through direct PDF downloads. I thought the idea was a great one, and encouraged her efforts (actually, I was quite jealous that I hadn’t thought of it first).

As development of the web site and associated business progressed, Fredda continued to ask for input and also my assistance in beta testing the software. It was turning out as well or better than I had imagined.

Suffice it to say, I was honored to be the first designer to post patterns for sale on her site (that’s why if you hit the “Search” button with no selection criteria on her site, mine are the first patterns to appear). In addition to selling my own patterns, I have also purchased patterns from the site. I am still highly impressed with what a good idea the site has turned out to be, and wish Fredda continued success.

Believe it or not, I will get to meet Fredda for the first time at Rhinebeck this year.

Yarn Purchase
I didn’t do anywhere near as much “retail therapy” as Enjay (I’m also not grieving the death of a cat), but I did make a lunch-time run to Ye Olde Yarn & Gift Shoppe in Schenectady, NY and picked up the following two bundles ‘o yarn. 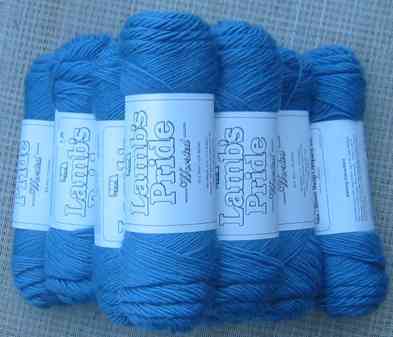 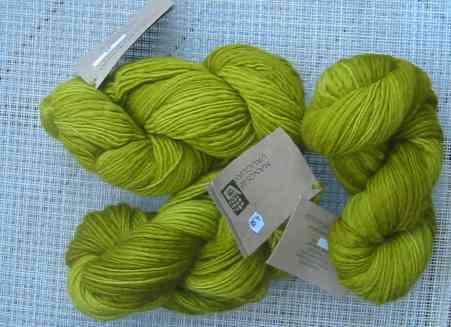 I’ve never knit with Lamb’s Pride worsted wool, but I loved the color, and I liked the fact that it’s 100% wool. The Manos speaks for itself. I’m not sure what I’ll use either for, but I just had to have both.

Readers’ Comments/Questions
Regarding the proposed Vineyard Throw edging, Kim Salazar notes, “I’ve always liked the leaf edging, but I also think that as-is with the garter stitch top it can look clunky.”

I totally agree with her, and I was thinking about either just excluding the garter stitch, or doing something along the same lines as Kim using an eyelet preparation row that would float the leaves off the end of the throw.

I will pick up and knit stitches. I find this method a lot easier and I think it looks better.

Cynthia then asks about the beaded bracelet, “Beading is very pretty. Is it possible with larger beads and fiber, or is the result just incredibly ugly?”

I wouldn’t know…I would think it would be possible, but rather clumsy looking. Personally, I love working with cotton floss and tiny beads and needles, and I always love the result.