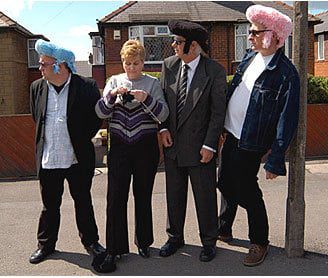 And Now For Something Completely Different

From the man who brought us the knitted Elvis wig, Simon Thackray now has a knit-related show call “HAT” being presented on Sunday, 6 November 2005 at Everyman Palace Theatre in Cork (for blog readers in the U.K.).

Where else would you find information on knit-related performance art?

Knitting Progress
Despite the finagling with flopping circular needles, and the unwieldy “magic loop” method, I did make some progress on the sleeve of the wool/hemp sweater. 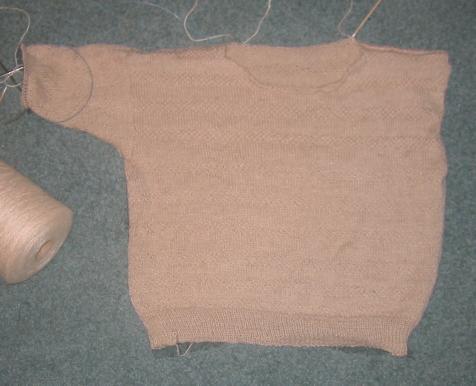 Now that I’m home, I’ll switch over to the Surina double point needles. Combined with fewer stitches, I should be able to finish the sleeve this weekend, despite the distractions of Rhinebeck and Franklin.

Readers’ Comments/Questions
Cynthia and I seem to disagree more than agree sometimes. She states, “magic loop gets easier and faster with time”

I’m sorry, I don’t mean to be contradictory, but I can’t imagine that the so-called magic loop method would ever be as fast as double points, although if I could keep my circular needles well organized, I could probably go much faster by just going to shorter and shorter lengths of circulars.