My craft show friend let me know on Sunday morning that she needed my completed scarves that day at 4:00 pm.

Completed Scarves
Thinking that I had until this coming Saturday, I had hoped to close to 20 scarves for the show. I ended up handing over only 12.

Here are the last two I completed. 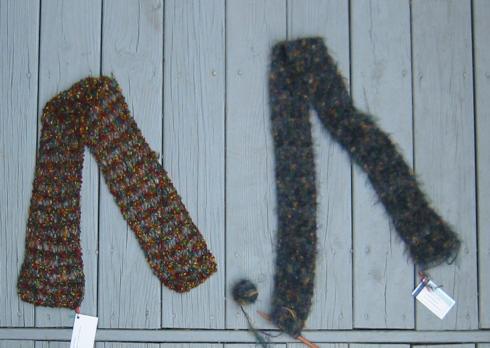 You’ll note I wasn’t quite finished with the scarf on the right, but I had tags on both of them nonetheless.

When I delivered the 12 completed scarves, she did say she could take any additional scarves up until Friday, so I’ll be working on one or two more before then.

Non-Knitting Time Drain
I have been keeping true to my decision to dedicate time to reading. I just finished: 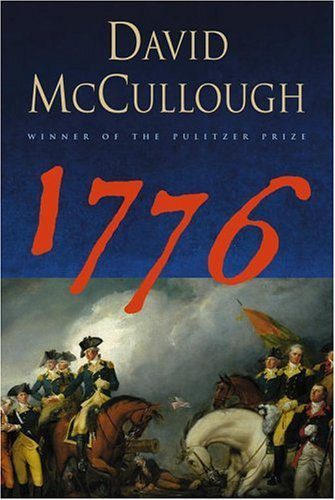 This is my first McCullough book, and while he is definitely talented with this genre of writing, it will probably be my last. Don’t get me wrong, I learned a lot about our country’s history, and found some of the knowledge surprising. But it didn’t feel leisurely and fun to read. I also found his style of writing to be somewhat repetitive and choppy.

Vitriol-Free Magazine Review
My mother really always did say, that if I don’t have anything nice to say, to not say anything at all. It was usually said in a shameful tone after I had just spewed some hateful commentary about someone or something.

But that isn’t why I’m not showing the awful designs in the magazines. You know I don’t have any difficulty being vitriolic.

I’m only including the positive reviews so readers can know if it’s a magazine worth purchasing (if the reader is in agreement with my taste in knitwear design). If you want to read enjoyable ridicule, You Knit What does a much better job than I ever could in a short sentence.

That being said, I bought Cast-On’s Winter issue, and I can’t find even one thing to recommend. The $5.95 was a complete waste of money as far as I’m concerned. The designs are truly awful, except for two that aren’t awful. The articles are useless and even the advertisements weren’t appealing.

I don’t think I’ve ever written this before in my blog, but don’t waste your money on this issue.