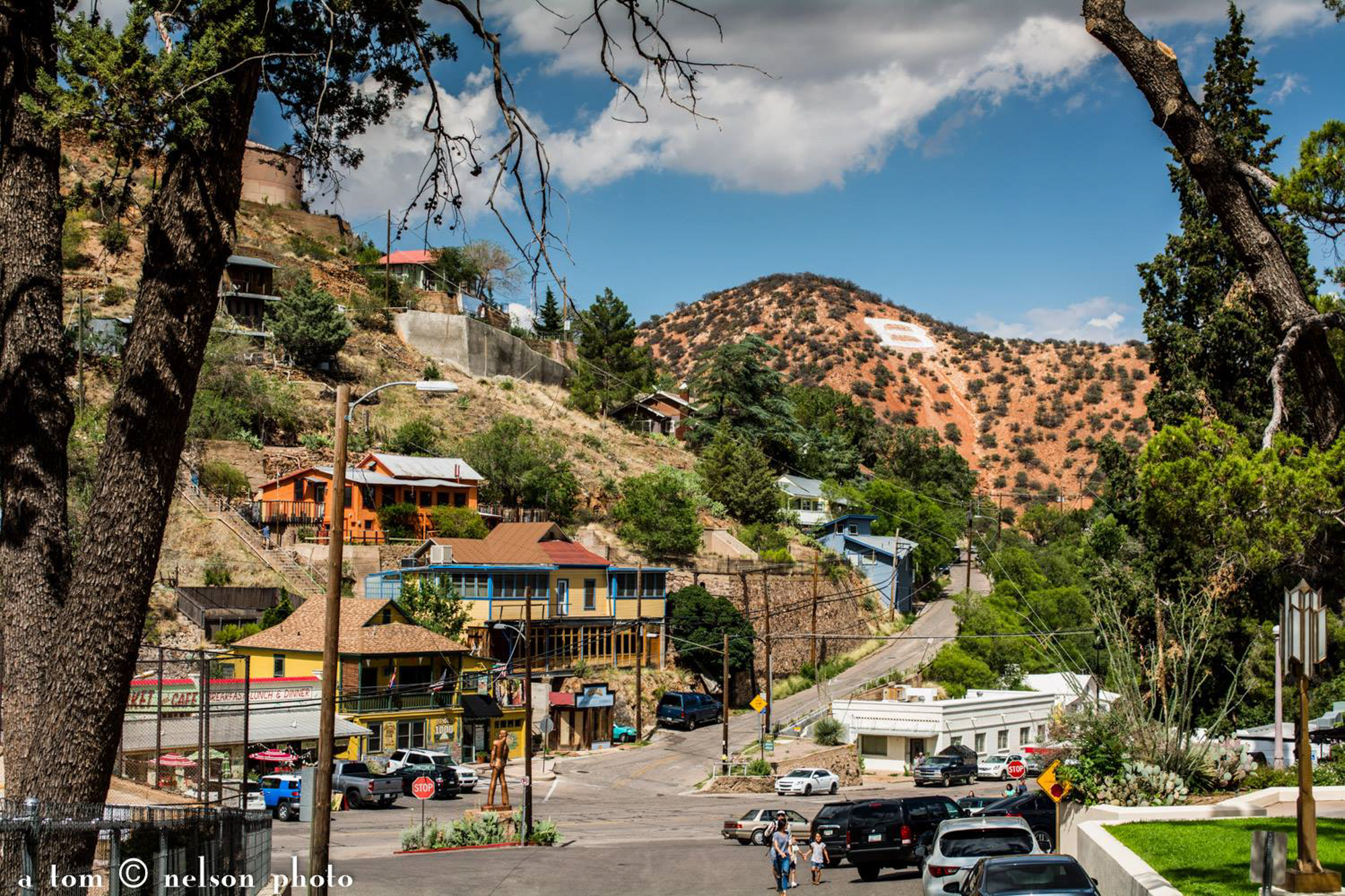 The Good, The Bad and The Ugly
First of all, we stayed in a lovely Westin resort in Scottsdale. The Phoenix/Scottsdale area is beautiful and our weather was perfect. I even got to spend some time around the pool. The Phoenix area has some very nice restaurants. One Thai place in particular, Thai Lana, had excellent food that we enjoyed a lot.

However, I couldn’t ever see my self living in Scottsdale. It would feel too much like being a regular character on the Golden Girls. Everything seemed so staged, that I don’t think I would enjoy living there at all.

On Tuesday, we took an overnight trip down to Bisbee, Arizona, which is about 2 hours Southeast of Tuscon (which is about 2 hours Southeast of Scottsdale). This was the place we had been investigating via the web for about a year, and neither Thaddeus, nor I was very impressed. It is a lovely town, but the housing is run down and looking dilapidated. I don’t think they’ve ever condemned a building in that town, although we saw a few that should have been. And while I’m sure we could have found a house that would have met our asthetic tastes and our needs, I didn’t find that there was anything to do in Bisbee at night, other than go to bars or socialize with friends. There were a couple of good restaurants, but no movie theaters or other entertainment.

Thaddeus did end up buying a hat while we were in Bisbee. There is an exceptional hat store in town, where he found the exact hat he’s been looking for. 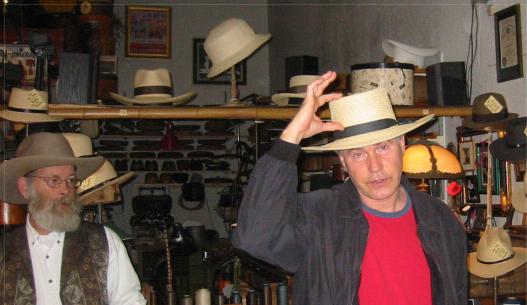 This isn’t the hat he bought. His was a deep gray, rabbit fur, felt hat, that he had customized with a simple black band of leather. It fits him to a “T”. The man in the picture was the one who sold us the hat. He, like most of the folks from Arizona I met, was extremely pleasant.

Finally, we went up to Sedona. For those who have been, I don’t have to tell you that it’s truly beautiful. I didn’t take any pictures, because my camera battery died, but feel free to do an image search on Google for Sedona. Other folks have taken much better pictures than I could have anyway.

Current Knitting
I finished a total of three scarves during my travels, all of them using the Brooks Farm yarns and the Koigu Cross Stitch pattern (slightly revised to get the length and width I wanted in the scarves). The first scarf, which was pictured in the last entry, was way too short, so I also made it somewhat narrow and figure it would make a beautiful scarf for a little girl.

Then I made these two scarves. 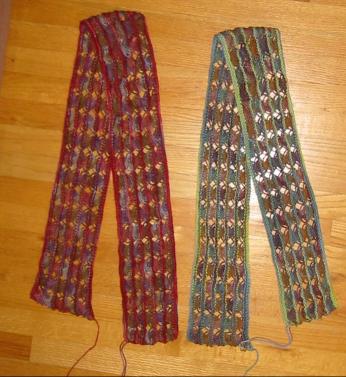 Here’s a closeup of the unblocked fabric. 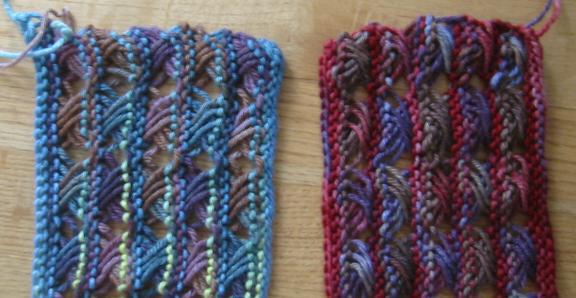 I love how these scarves turned out, and the Brooks Farm wool/silk yarn was both the perfect fiber and amazing colors.