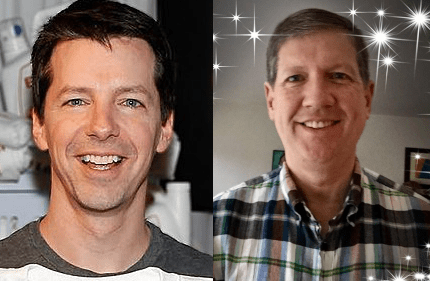 If you want to be interesting, be genuinely interested.

Bad Manners
At the concert the other night, there were two local on-air personalities from the local NBC news affiliate sitting behind me. Since the concert wasn’t in the area where I stay, I didn’t recognize them, but a man in front of me did, and pointed rather drunkenly at them and said, “Hey, you’re the news ladies…I don’t even know your names.”

Both of them smiled politely and nodded. They were clearly used to dealing with idiots on a regular basis.

At intermission I was chatting with one of them, and she was very nice. I found that by asking her questions about her, she found me extremely interesting. She seemed to appreciate being able to let down her guard a little, and also appreciative of non-glaring attention.

Current Knitting
I’ve had to completely rip back the lace knitting twice now, and I’m starting to get frustrated. I’m actually thinking that the initial pattern stitch I’ve selected might require more concentration than I currently care to give to it.

I’ve just re-completed the first three rows, and now I’m struggling with the fourth row again. At least I know I have the correct number of stitches, but this row in the pattern graph just doesn’t seem to look right. I think I’ll just carry on and hope for the best.

Completed Reading
I forgot to mention in my description of the book The Traveler, that the author mentions The Panopticon a number of times. Even though I’ve been reading Franklin’s blog for a while, I never took the time to find out what Panopticon actually meant.

I still have no idea how Franklin named his blog, but the concept is interesting nonetheless.

Readers’ Comments/Questions
Regarding the Barenaked Ladies, nod asks, “Why didn’t you want to meet the band? They are super nice.”

Actually, they seem like very funny, genuine guys. I was just still feeling a little intimidated at my lack of BNL music and history.

In response to a comment from Shelle, Frank writes, “I live in Phoenix, in a lovely community called Moon Valley and I don’t happen to think it is a pit at all.”

I agree with Frank, and I don’t think Phoenix is a pit and that most areas have at least some crappy areas. I didn’t mean to disparage Phoenix at all. It’s just not the kind of place that I would choose to live.