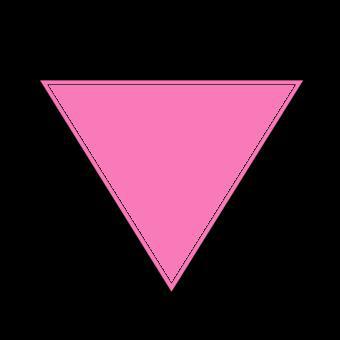 Being the self-centered, egotistical queen that I am, I am always surprised when one of my open-minded, liberal friends has never heard of Stonewall, or the fact that gay men were more brutally treated than most other prisoners in the Nazi war camps.

The Pink Triangle
That’s why I was very gratified to see Carol’s blog post from the other day on the death of a gay holocaust survivor. It’s a very moving blog entry, about someone I didn’t know anything about, but am glad I do now.

Most of my straight friends aren’t aware that gays had their own symbol pinned to their prison shirt, similar to the yellow star of David to denote a Jew. The symbol for gays was a pink triangle. In later years, the symbol was reclaimed as a symbol of gay pride, but I always try to let folks know of the origin of that symbol. Check out more of the history if you’re interested.

Current Knitting
I finished securing both rows of active stitches on the wool/hemp sweater and even knit about an inch of the two inches I have to add to the body. The knitting doesn’t take anywhere near as long as the separation of ribbing from the body and securing all the stitches. Grafting will also take a little while.

Hopefully the sleeves will go a little more quickly.

I even did a couple of rows on the kid alpaca blanket yesterday.

The good news is that I finished spinning all the merino singles and wound them off onto individual balls for plying. 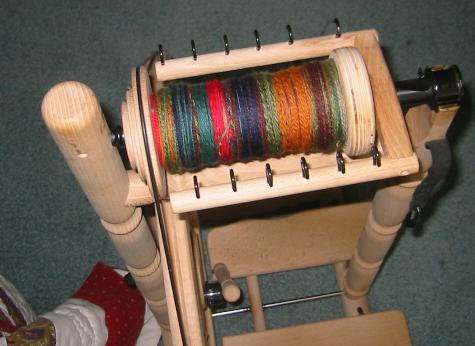 The awful news is that when I tried to wind off the bobbin onto a skein, at least 3 out of the first 4 joins came loose…UGH!.

I know a lot of you told me not to waste my time trying this, but I am definitely someone that has to touch a hot burner to know that it’s hot. I also think I might be able to salvage this (I mean, after all, I’m so close!) by seeing if the joins will hold if I let the yarn set up and relax into the ply a little before trying to wind off the remaining yarn off the bobbin.

Otherwise, I’m not sure what I’ll do.