Who Is Alan Smithee?

This past weekend, Thaddeus brought home the newest extended version of Dune on DVD. Being a big David Lynch fan, I was surprised to see the name “Alan Smithee” credited as the Director. Huh?

Alan Smithee is Maligned
I’ve come to find out that when a director feels that the studio has bastardized his/her movie, they can request that the Director’s Guild of America and the Association of Motion Picture and Television change the director’s name to Alan Smithee as a way of saying they don’t like the overall result of what the studio has done. Wikipedia has a brief summary of the origins of the tradition.

Current Knitting
I started picking up stitches for the border, but haven’t made a lot of progress.

I’ll post a progress report in my next entry.

Other Weekend Fiber Feats
I was just about to say I had finished one bobbin of the Blueface Leicester and start the second of three, but I just couldn’t stand to not have it completely full before starting the next one. 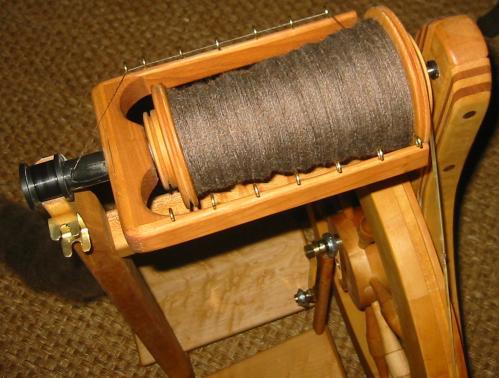 I sweater I’m going to weigh an empty bobbin, and the full bobbin to see just how much fiber these bobbins hold. It seems like there has to be a pound of yarn on this one, but I know it only seems that way.

Readers’ Comments/Questions
Duffy asks, “Have you been able to keep up on the latest news on GLBT Knit and Charles formerly of Wayne?”

I just went and read all my deleted e-mail from the GLBT KnitList, and found out what you’re talking about. For any of you who remember Charles from Wayne, PA, he had recently moved to Paris with his partner, but unfortunately had to return to the states to deal with some form of cancer.

Prayers from those who believe in them, I’m sure would be greatly appreciated.