I know that many of the things that I try to bring attention to on this blog about the complete mess this government is making of our country all fall by the wayside, and there appear to be no consequences.

That won’t stop me from highlighting them anyway.

Naive Hopes
I still have idealistic thoughts that with the November elections this year, changes will start in the House and Senate, and the landfill mountains of ineptitude, corruption and hatred will all pile up to provide an overwhelming backdrop for a rise in Democrats being elected.

Yes, naive, perhaps, but I have to hold on to something.

Katrina – New Revelations
The Associated Press released videos of the President and Chertoff being briefed on Katrina and the concerns about being able to handle it, the day before the hurricane hit. Despite major spin being put on this by the administration, the videos make it quite clear that they knew the full extent of the problem (even though they have said otherwise), and they were still incredibly unprepared to handle it.

Check out the particulars here.

I don’t know how these immoral pricks can sleep at night.

Current Knitting
I made a modicum of progress on the Accidental Shawl last night and this morning, but still not enough to show a progress picture. Perhaps tomorrow if I make it home through the snow this evening.

I’m starting to think about what I want to do next, and I am at a complete loss for ideas. I’d like to make a sweater, so I’ll have to start looking through my stash and see which bag ‘o yarn I will look at for swatching next.

I have some great orange tweed in a DK weight that would make a perfect version of shallow v-neck patterned pullover, but as you can see from the picture, I already have one in a similar color. I guess it’s time to design something else.

A friend of mine has a great new hat that’s knit in some kind of faux rib done through twisted slip stitches, I think. 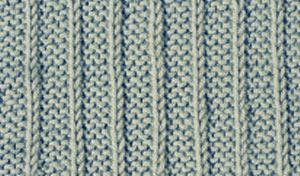 If you could picture this stitche, except where the knit stitches are half-twisted, it would look something like what I’m talking about.