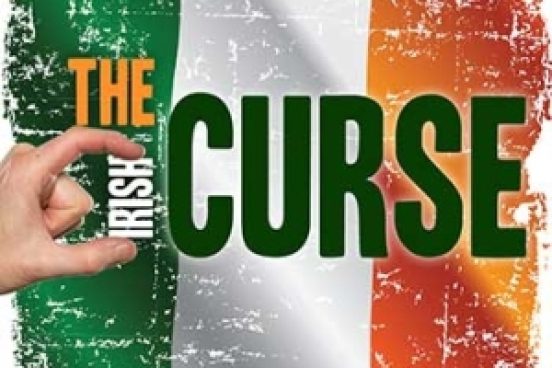 The “curse of the Irish” used to either mean alcoholism or being less endowed in the manhood area. Now it means being gay.

I’m a St. Patrick’s Day Scrooge
Even though I’m mostly of Irish decent, I refuse to celebrate an ancestry that would bring morons like John Dunleavy into this world.

He’s the head of the NYC St. Patrick’s day parade, and he told the newspaper,

About the Irish Lesbian and Gay Organization, Dunleavy said, “People have rights. If we let the ILGO in, is it the Irish Prostitute Association next?”

His comments are consistent with years of hatred and bigotry by the Hibernian Society who have rejected requests by queer Irish folk to march under their own banner in the yearly parade.

Personally, I wear not a speck of green, I don’t wish anyone a happy day and I purposefully eat Thai food as my own protest to such homophobia.

Current Knitting
I ended up undoing the “Benoit” sweater, and combining the yarn with a little Cascade yarn I had in my stash to start a little hat. 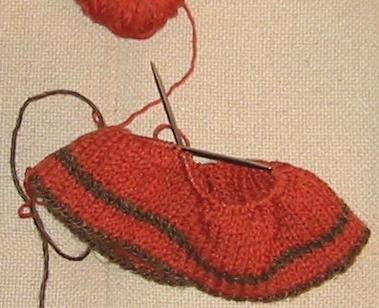 I’m hoping the hat will end up looking very similar to the commercially made hat that inspired the rib stitch that I’m using (kind of a half-twisted, quasi-brioche faux rib).

Readers’ Comments/Questions
Concerning my three close encounters with lightning, Franklin noted, “You can bet I am never, ever going to stand anywhere near you during a rain storm.”

I hesitate to remind him that our one and only meeting last year at Rhinebeck started with a rainstorm. I spared him any lightning.

Fredda (of Knitting Vault fame) asks, “You ARE going to knit the Short Ribs sweater anyway, right? Will you use your own spun yarn?”

I do plan on knitting the Benoit sweater, and depending on the weight of the current batch of Blueface Leicester I’m spinning, I will probably use that. Of course, I’ll have to swatch it up to make sure it works with the pattern stitch.