In between fiber-related activity, I had to take care of some family stuff this past weekend.

Mother’s Day
I’m fortunate that I have a great relationship with my mom and her husband. They’re both great people and they seem to enjoy being with Thaddeus and I as well. That’s a good thing, since they live about a mile down the road from me.

And just to be clear, I was there first.

Don’t get me wrong, I’m still a typical momma’s boy, but not so much that I would have needed to live near her.

In addition to a gift and dinner at a local restaurant with my mom and her husband, I also had to RSVP to my sister’s wedding. She’s getting married on Memorial day and I kept putting off RSVP’ing. She knew we were going, but I still had to confirm it.

Current Knitting
I added on another few inches to the first side of this Faux Rib sweater. 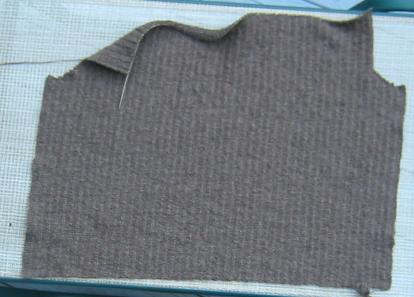 On a related note, I did end up winding the largest hank of yarn I’ve ever made, and it ended up being 861 yards long. 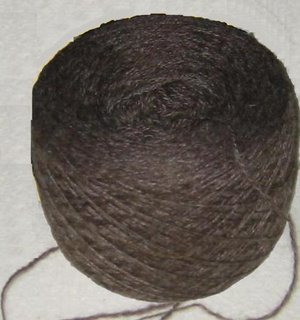 At 12.4 ounces, this makes it a little thicker gauge yarn than the other two balls.

Readers’ Comments/Questions
Linda B. writes, “I don’t understand why people are so frequently rude, attack rather than debate, resort to ad hominem comments they wouldn’t have the courage to say in person. Why not use reason, wit and intelligence?”

I’ve answered similar comments in individual e-mails before, but thought I’d do it again. I really like my blog and the comments forum. I have had the opportunity to be exposed to a lot of very interesting and extremely intelligent and creative knitters. There are some blogs that I love, but cringe when I open the comments to read what others have written.

Yes, sometimes folks get mean in my comments, and sometimes that limits access to some of the folks with less tolerance for nastiness. But given the option, I’d prefer to have a smaller, thicker-skinned readership than a huge following of folks that don’t contribute as much to the conversation.

Marilyn asks, “You mean no one’s asked you what the yarn is on the report cover?”

Exactly my point to Linda B. Readers wouldn’t ask you or me that kind of question, except in some ironic way, perhaps.