If you love your freedom, thank a vet. Or if more would fit on that bumper sticker, I’d include thank the family of a vet, or the family of folks that fought other non-combat wars.

In Memory
I know a few families of soldiers that have died in Iraq, but I’m not close enough to any of them to express gratitude for their sacrifice, and so I ask you to meet the Murphy’s.

I grew up with the Murphy’s, a family with four children, Laurie, Tom, Timmy and Patrick who have suffered their share of wars in this lifetime. The Murphy’s went to our church and Timmy was my age, and we went through some grammar school and high school together, and were good friends. It was tragic, when Timmy’s older brother Tom was diagnosed with testicular cancer. There was much concern about both his life and if he would be able to father children. As a survivor of that cancer, he was able to do both.

In the mid eighties, Timmy was a rising star in Hollywood. He had been a regular on the soap opera, Search For Tomorrow, he had also been in a couple of movies, and then landed a regular role on Dallas, as the boyfriend of Charlene Tilton’s character. Timmy fought this country’s war on AIDS, and was one of its many casualties when he died in 1988.

Finally, the Murphy’s suffered the last blow in the war on terror, when they lost their youngest son Patrick, on 9-11. He died in the World Trade Center collapse. I didn’t know Patrick very well, but you can read a beautiful tribute to him here. 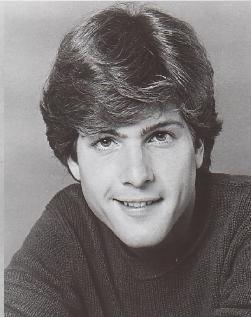 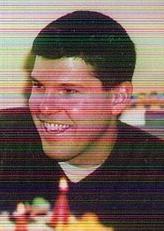 On this day of barbecues and pool openings, I send my prayers to the Murphy family.

Current Knitting
I’ve completed about five or six inches on the front of the Faux Rib sweater.

Even with weekend time to knit, this sweater still seems to be taking an eternity.

Readers’ Comments/Questions
Cynthia asks, “I am doing my first intarsia project. I am doing well on the knit side of the work, but the pearl side is looking terrible. Any words of wisdom?”

I really don’t. I know a lot of folks purl differently than they knit, but I’ve never really had that issue, and I can’t imagine why it would be different just because you were switching colors. This sounds like a problem that would require you to show someone in person.

k asks, “I’m not a spinner yet. Could you define grist?”

Grist is basically the weight of the yarn, usually expressed in yards per pound or wraps per inch.

This little chart will give you a sense about how to estimate various yarn weights by yards-per-pound and by wraps-per-inch.