A Night With David, Stephen, Graham and Neil

Better known as Crosby, Stills, Nash and Young, Thaddeus and I got to see them last night in Camden, NJ, and it was a great concert.

Political Entertainment
It was great hearing a group put both their new songs and their old songs into political perspective.

Thaddeus mentioned after the concert last night that the last time he saw Crosby, Stills, Nash and Young was the day that Nixon resigned. They announced his resignation on stage to much cheering and then went on to play Four Dead In Ohio, their tribute to the four students killed at the Kent State protest. Hearing that song last night given the current climate, was very inspiring.

Current Knitting
I’m up to about sixteen inches on the first sleeve, and I’ve still got about 10 more increases to go to get it wide enough for the sleeve cap. 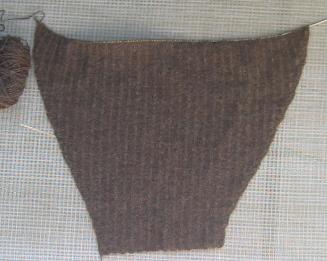 I’ve been working diligently to get this done so I can finish this sweater.

I’ve got two projects that I’m itching to start, the baby blanket for a coworker, and a sweater for Thaddeus’ aunt. Both of them will be some color other than BROWN!