She always told me that anyone could be president, even me.

Any Moron
Yes, if the current moron can be elected as president, I’m convinced that even that guy I knew in third grade with the hairlip, who took a little longer to form his words than most kids, could even become president of the United States.

After his ridiculous and completely inappropriate “active microphone” comments, and his shoulder massage for the German Chancellor at the G8 Summit, I can’t imagine anyone does’t realize that this man is a complete incompetent at World leadership. I’d be interested to read conservative blogs that could defend this kind of idiocy as anything other than incompetence.

Current Knitting
I finally finished the second sleeve of the Faux Rib pullover this past weekend. 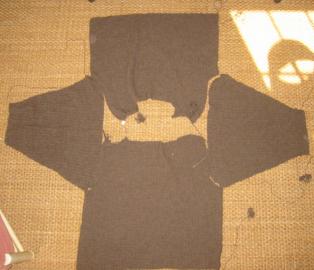 Now, all I have to do is piece it together and knit a collar that will fill a rather large void and still look good when Thaddeus or I wear the finished garment.

New Project
After looking at the color brown for what seems like EONS, I couldn’t even consider finishing the Faux Rib pullover this past weekend. So I started a new project. 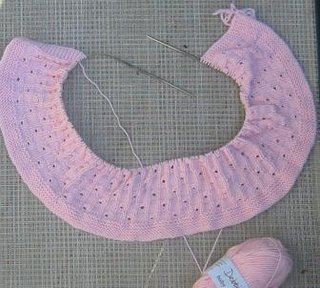 This is a good start on the baby blanket for a coworker, who is scheduled to deliver her first child (a girl, presumeably), this September. I love the pattern stitch, and it seems to fly even though it’s on US3 needles and each row is 215 stitches.

I like the pattern stitch so much, I don’t even mind the color so much.

Readers’ Comments/Questions
Regarding the white Romney, I’m spinning, Ted comments, “I’m just blown away by how you get so much spun so quickly.”

As Marilyn correctly points out, I’m spinning this fiber much more thickly than Ted’s current spinning project, and I’m not at all concerned about the consistency of the grist in this spinning project. It makes it a lot more fun to spin without worrying how the finished product will come out, and I can spin as fast as I can let the fiber fly onto the bobbin.

Concerning my spindling project, John from Portland says, “Joe, that’s beautiful Tussah/Cashmere roving! Is it Chasing Rainbows by Nancy Finn? I’ve been spindling one of her colorways called Grand Canyon on three Bosworth minis, and then plying. I’ve got half a scarf knit up, and I can’t get over how soft and glowy it is. What are you going to make with yours?

Yes, you and I are spinning the same roving…even the same colorway. I am currently planning on using the end product to make a scarf as well, since I don’t have enough to make much more than that out of it. I’m glad to know it