Nice to see there’s someone on the Democratic side that still has a backbone.

Thanks Again Mr. Clinton
As the idiots at ABC tried to blame President Clinton for letting Bin Laden go free, and at the same time, our whimpy congress gave away all authority for interpreting the Geneva Convention to the President, It was great to see the former President Clinton was still able to give Fox News a little shit this past weekend, and set the record straight.

While Mr. Clinton was blamed for being “too obsessed” by Bin Laden and his terrorist activities, and Bush did NOTHING for the first eight months of his presidency, now they try to spin it that Clinton was the reason Bin Laden is still free. Ridiculous.

And now, even politicians in congress that I thought had a backbone, have forfeited any right to enforce the rules of the Geneva Convention by writing legislation that basically says, “not my job.” While I didn’t agree with many of his opinions, at least McCain used to have a spine. Now he’s just another lap dog to this moron we have in the White House.

When the next American soldier comes home (or doesn’t come home) after being tortured and brutalized because each country’s president now has the right to interpret “Common Article Three” of the Geneva Convention, how will they try to blame Clinton for that? This article includes provisions that prohibit “outrages upon personal dignity” and “humiliating and degrading treatment.” This new law makes the term “Putting our young men and women in harm’s way…” much more serious.

Current Knitting
In addition to getting to see the spark was still in Bill Clinton, I also reached my goal of finishing the main part of the knitting on the Celestine Shawl.

This section is about four feet long, and now all I have is about six inches on each end of the shawl in a third pattern stitch. Is five feet long a good length for a woman’s shawl? I could make it longer if I wanted to extend the end sections.

Curmudgeonly Visit
Marilyn and Kathy came over this past Saturday and we all went to lunch (Thaddeus included). Then we made our way over to Twist (Thaddeus excluded) for some fiber shopping. 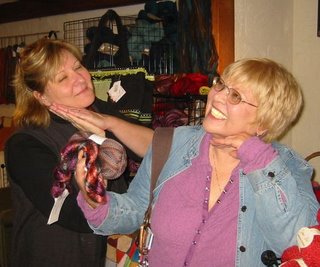 I bought some Cascade 220 in a slightly heathered, very dark charcoal color. 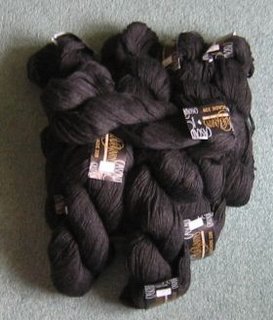 That’s 2200 yards, and I’m not sure what I want to do with it, I just wanted it. Then I bought some more of the multi-colored roving from Ashland Bay that is similar to what I’m currently spinning, except in a brighter colorway. 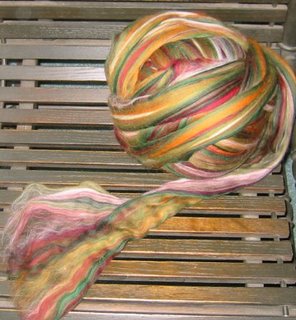 I was thinking that I’d like to spin the next Ashland Bay Merino somewhat thicker and use Navajo Plying to try and get some decent color variations in the yarn. The current spinning is fine enough where the colors all blend (which is good too).

New Kaffe Quilting Book
I don’t know how Kaffe and Liza do it, but they put out book after book completely filled with amazing quilts. The new book is no exception. 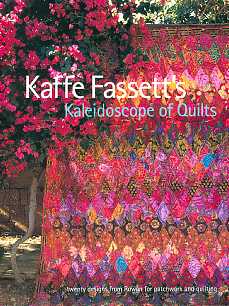 Go to Liza’s site to order a copy and check out the fabric packs link to see some of the quilts in the book. If you even think you might want one of the fiber packs, you might want to consider ordering it. After only a few days, the book is generating a huge demand for the kits (and honestly, when you see the book, you won’t wonder why).

The new book has got me thinking I need to start a new quilting project.