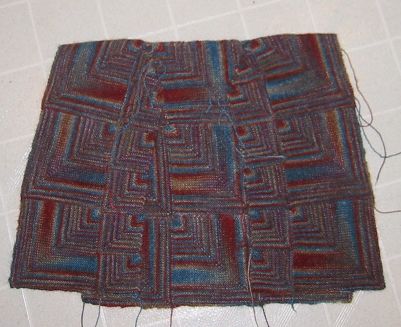 Or as Thaddeus would say, “I’m almost finished…a cake is done, a person is finished.”

Either Way, He’s Right
I’m off work all this week, so I’ve been doing things like dental check ups, my annual physical (god, healthcare in the country sucks), getting my car maintained and working on fiber projects.

Current Knitting
I did finally finish the last sleeve of Aunt Dorothy’s sweater. 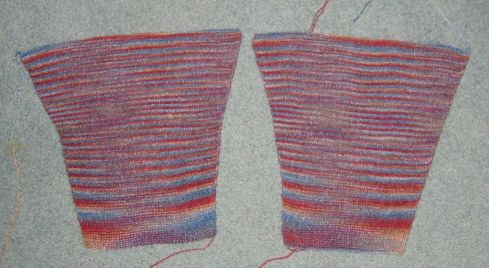 I also seamed the shoulders.

Now I just have to attach the sleeves, sew up the side seam, find a couple of nice large buttons and do a simple crochet edging that incorporates button holes.

The end is clearly in site.

Current Reading
I also got the time to relax and do a little more reading completed.

by Augusten Burroughs is a frighteningly funny biographical book about the author’s upbringing. What is both so frightening and funny at the same time, is the incredible chaos his life was as he was raised by a psychotic single mother, and then later by his mother’s therapist, who is by far the craziest of the lot.

I think most folks would find this story to be mostly funny, but I have to admit, I worried for the main character and his friends all throughout the book. I’ve heard other folks tell a much less humorous version of being brought up by crazy people, and the results aren’t always quite so positive as becoming a famous author.

I also found the writing to be simple and not overly sophisticated, so while the story makes the book worth reading, I wished it had been a bit more literary. You’ll understand why this is if you ever read the book.

I can’t imagine I’ll go see the movie, but I’ll probably see it when it’s out on DVD.

Current Spinning
I’ve finally made it through the second of three bobbins with the multi-color merino. 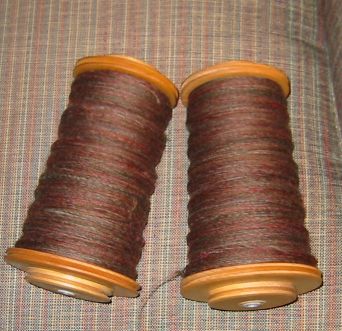 I’ve just barely started on the third and final bobbin, at which point I will begin the much quicker process of plying the yarn. 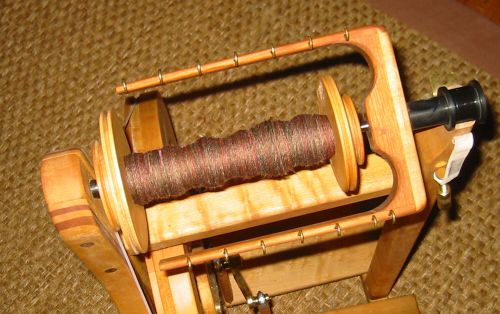 Erssie writes, “You should see Daniel Craig in the screen version of Ian McKewan’s novel Endurance, it is intense! You can also compare the buff with the buffer, before and after….this is getting confusing!”

I did, and Enduring Love

, which is the name of the movie, is a wonderful film. Thanks for reminding me that Daniel Craig was in it.

Erssie then goes on to ask, “By the way, do tell me if you are a loose knitter.”

No, I’m actually quite a tight knitter, but the London Beanie is a much smaller hat that doesn’t have much ease, whereas hats for your friend’s daughter are probably much looser than the beanie.