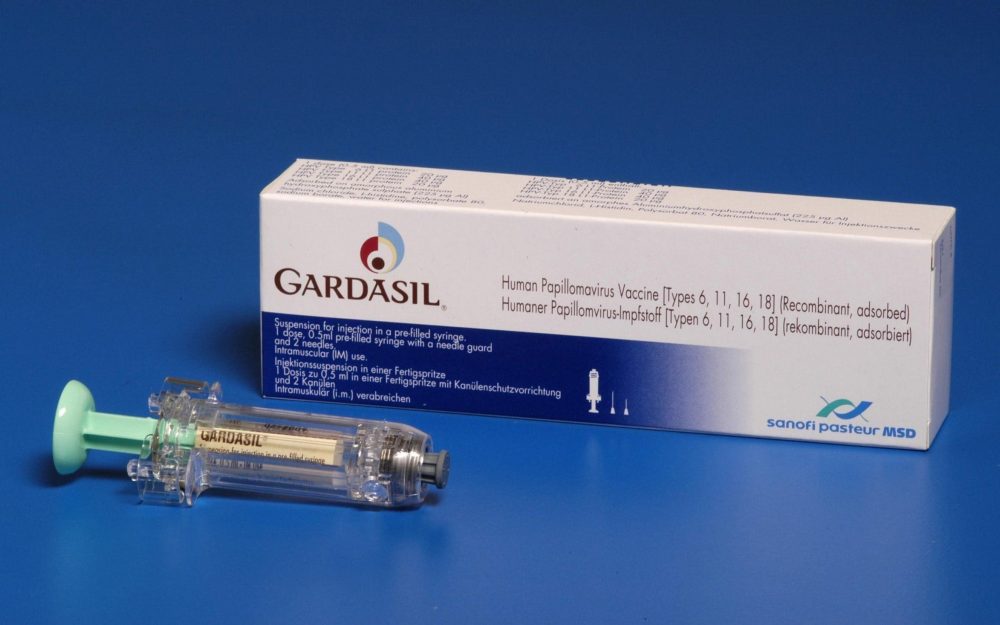 Let’s Hear It For New Hampshire!

It’s nice to find a state that is doing something to promote women’s health.

Cervical Cancer Vaccine
Given the lack of news coverage on the fact that cervical cancer is caused by a virus (human papillomavirus — or HPV), it’s wonderful news to read that the state of New Hampshire has decided to offer free vaccines for HPV to girls between the ages of 11 and 18.

For those folks that think that all vaccines have the potential for causing autism, or that vaccinating girls for HPV will make them more apt to have pre-marital sex, I would just say, don’t let your daughters get the vaccine. If you’re one of those people that says “I don’t want to have my state taxes go towards free vaccines.” I say, there are a lot of things my taxes pay for that are completely objectionable, so get over your selfish self.

I can only hope that New Hampshire is a trendsetter, and that other states follow their lead on this important issue.

Current Knitting
The Araucania jacket is coming along nicely (it looks like a badly knit scarf so far), as I’ve almost finished the first strip of 10 colored strips.

I’ve realized that this jacket will be approximately 3,000 rows of garter stitch in color and an additional bunch of rows in single color. I might have picked a more interesting project, after just having finished a mitered square project.

Current Spinning
I’ve done a lot of spinning on the third bobbin of multi-color merino singles, despite what pictures might indicate. 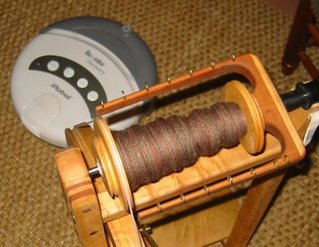 Readers’ Comments/Questions
Friend Kathy writes (with way too many question marks, I might add), “I know Carol pretends I don’t exist and never did, but you??????”

She is referring to the fact that I didn’t include her as one of the owners of Simply Knit in Lambertville. She was in fact one of the founding owners, and great designers of that wonderful yarn store. The reason I didn’t include her amongst the owners, was that she had left before the final two owners decided to close down. I also didn’t mention a fourth owner, Susan, for the same reason.