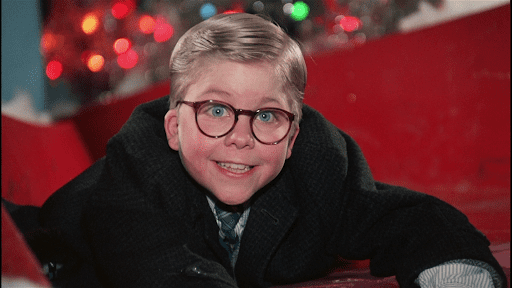 Keeping Christ Out of Chrissmas

Every year this issue pops up. Every year either the ACLU, or a non-Christian group, or some atheist group tries to have a nativity scene removed, and the Christian Wrong pounce on them for being Christ-haters.

It’s Getting A Little Tired…No?
I don’t have any problem with any of the groups having their own agenda on this non-issue. I believe that public expenditures for religious promotion are wrong. I also think it’s a very slippery slope once you start allowing small displays of Christianity at the exclusion of non-Christians.

But for once, this holiday, I wish both sides would just just the fuck up about it.

I guess it’s already too late with the brouhaha over some group insisting on a Menorah at the Seattle airport.

It all reminds me WAY too much of the idiotic arguments that used to happen on the KnitList every year….

I personally hope everyone has a great Christmas…I’m planning on one.

Current Knitting
The weekend of “no joy” put a big dent in my knitting, and put me way behind on the Araucania jacket. 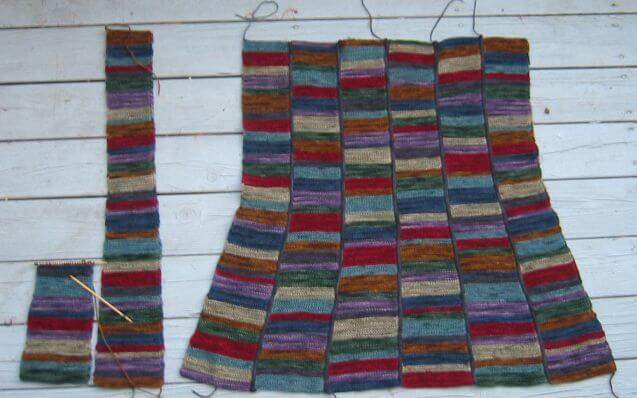 You’ll note that I’ve been able to finish all the panels for the back, and assemble them all. I’ve also started the front, and made a little headway.

I still have the rest of the front to knit, the assembly of the front, two sleeves and a buttonband/collar that needs to be knit and sewn on. All by this Friday.

I think it’s hopeless, but I’m pushing on as fast as I can anyway.

Current Work Location
These days, I’m working in Springfield, Massachusetts. Here is the view from my hotel room window on the 16th floor, overlooking The Connecticut River. 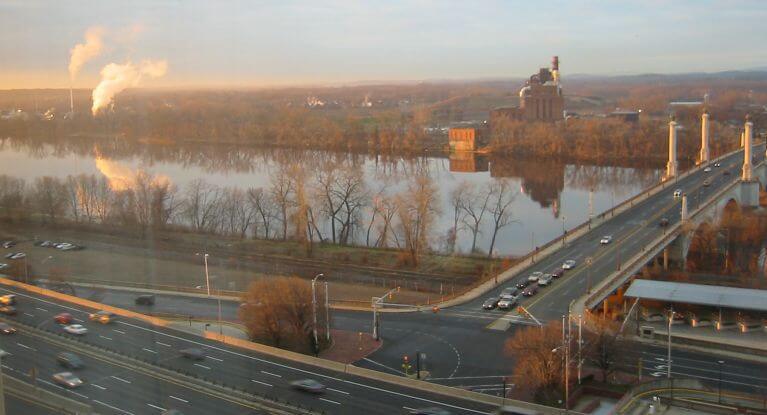 There are some very beautiful areas of Springfield, and some great restaurants. I’m lucky enough to be a little familiar with the city, since Thaddeus’ sister, brother-in-law and niece live there, and we’ve been up to visit a number of times.

Even though I’m not working next week, I will be up in Springfield to celebrate the holidays with the out-of-laws.

0 comments on “Keeping Christ Out of Chrissmas”