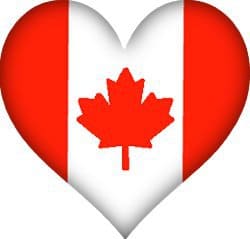 Is it just me, or are Canadians some of the nicest, smartest, most down-to-earth folks on the planet?

Prejudice
I know, I know…I’m very biased by saying this, and perhaps only genuine Canucks should be able to boast about their own virtues. But I’ve worked with folks from around the world. I’ve done some traveling. Overall, I like most groups of people I meet, just fine. But I always enjoy being around Canadians more than most. Perhaps I’m just more comfortable with the, completely generalized, calm, pragmatism that I usually see, or their comparatively lack of pretense, but I have to say, I think I’ve only met one Canadian (that I was aware was Canadian), who I didn’t like very much…and then, of course, there’s Celine Dion…but I’ve never met her.

Now, if the World could just work a little harder on this global warming issue so I could live up there without freezing my ass off, my life might be complete.

Knitting Progress Report
I’ve been knitting as fast as my hands can knit, whenever I’m not working. 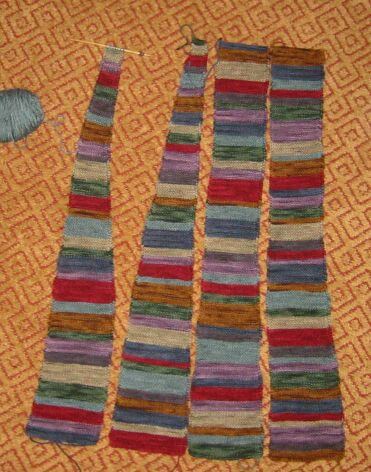 I’m two thirds through the front of this garment, and while I’ve made a lot of progress, I’m still almost certain I won’t make it.

Actually, I’m not a very fast knitter, although I spend a lot of my time knitting, so I get a lot done.

Mel asks, “Any plans to hang at Webs with mamacate while you’re in her neck of the woods?”

I had every intention of heading over to Webs, but time really hasn’t permitted me to get over there. I have been to “Mecca” before, and I’m hopeful to get there sometime in February.

Sherry W. wrote, “I just have a hard time seeing how any religion’s holiday decor is going to subjugate the unbelievers. I think there are more important things to fight over, like Creationism in schools.”

Thank you for writing so succinctly exactly what I was trying to get across.