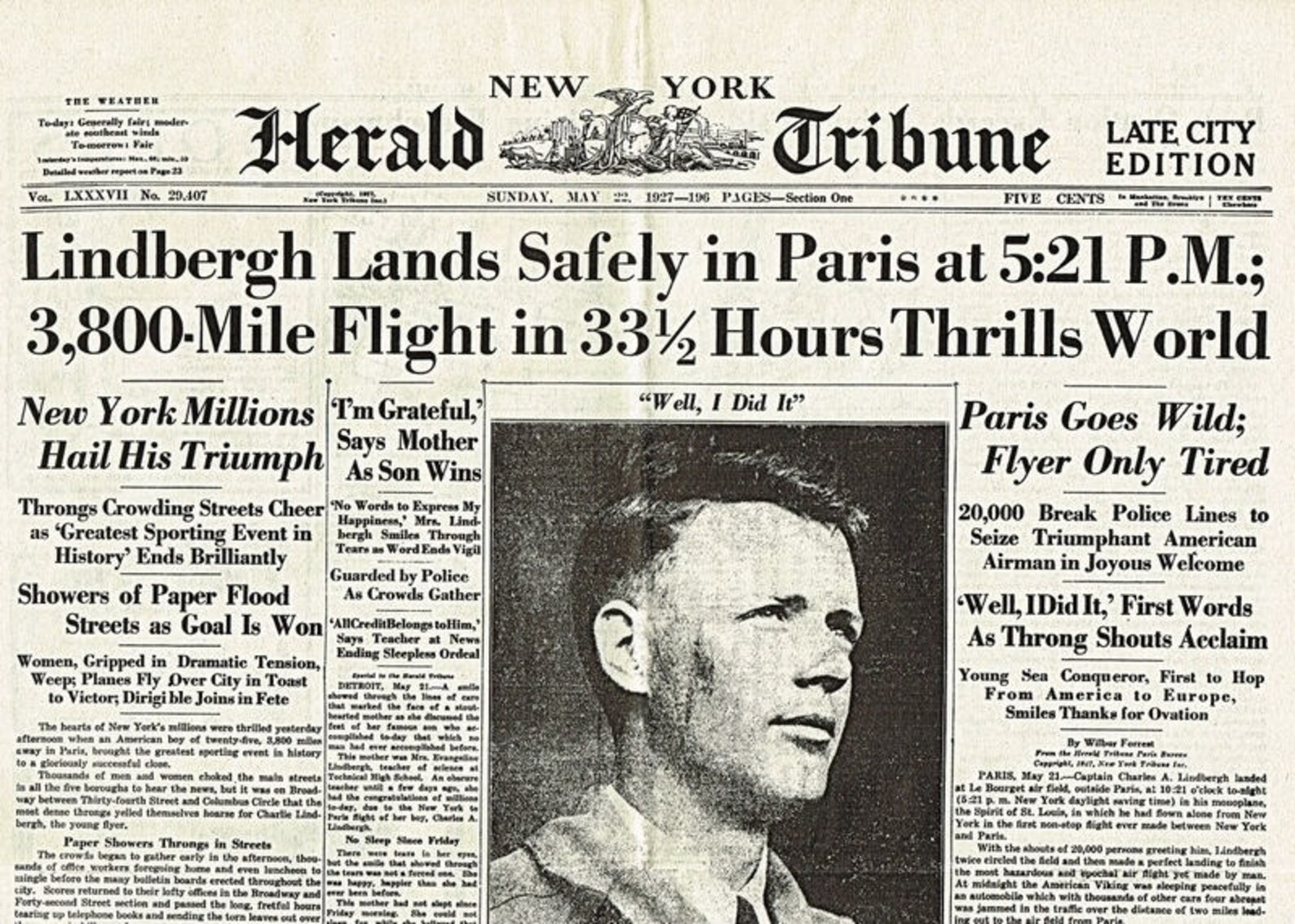 When I watch any of the national morning shows, I get more and more disturbed by what they classify as news.

A Seamless Segue
Have you noticed how the Matt Lauer’s and Diane Sawyers’s can switch from a story about American hostages in Iraq to a story on injecting earlobes with $600-per-syringe glop to reduce the sagging of years of earring wear? I consider it shameful that they can flow thoughtlessly from such a serious, dreadful section of news to a fluff piece on cosmetic surgery. And Matt’s standard segue of “And now for something on a much lighter note” just doesn’t cut it. Can you imagine what the families of those hostages must feel like that both stories are given equal time?

And can someone please explain why a pissing contest between Rosie and Donald is news (or even how it’s interesting at all)? Or how an SUV driven through the wall of a convenience store (by accident) can make national news?

No one needs to tell me that so-called news shows are more about ratings than informing the public…that fact is very clear. Or that “Us Magazine” sells far more units than “Newsweek.” I understand that the “great unwashed” in this country are far more interested in reading about Britney’s exposed crotch than they are in trying to grasp the importance of the Middle East conflicts.

When someone decides that they don’t want to deal with life’s hardships, and takes to drinking or taking drugs in a compulsively avoiding way, we call them alcoholics or addicts. When the entire nation seems to be drowning their sorrows in the intrigue of Brangelina, there ought to be an appropriate word for them as well…and a 12-step program too.

Current Knitting
I’ve made some progress on the dark tweed pullover and added another few inches to the back of the garment. I also made it to the next layer of colorblocks on the Araucania sweater for me.

Sweater Patching
I thought you might want to get a look at my initial attempt at patching the sleeve hole in my brother-out-of-law’s sweater.

You’ll notice that the blue color is brighter than the original color, and that the edges of the patch are a little ragged. Here’s a less closeup view to give it some perspective. 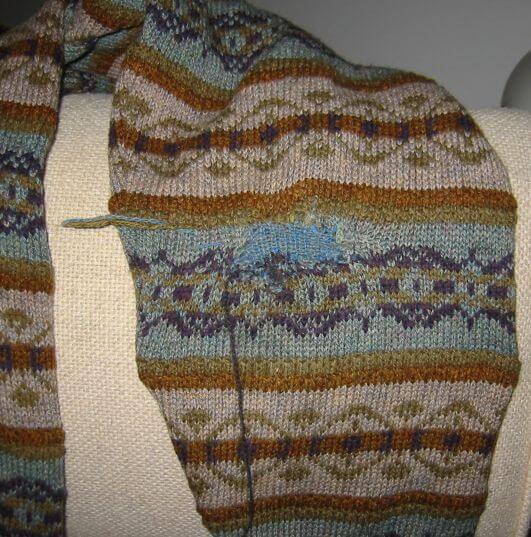 I don’t consider this acceptable, so I will first try and see if I can reduce the lengths of both sleeves, and if I don’t have enough extra lenght, I will detach the bottom of the sleeve and remove the damaged section and re-knit one band of the sleeve and graft it back together.

Readers’ Comments/Questions
Regarding the patched sweater, Sherry W asks, “Oh about the sweater- you think Carol can dye match some yarn for you? At least getting it close for the repaired sections?”

I’m not concerned about it being perfect, but I do want it to look acceptable. I don’t think an exact match is required for that.

I’m just unwinding the yarn off the top of the cone as I knit. I haven’t found any twisting problems yet. I know this is an issue for that others have mentioned on knitting lists for years, but in all my cone yarn knitting, I have never had this issue.

Anne Marie in Philly writes, “I would be interested in learning how you are making the colorblock sweater.”

I calculated my gauge and knew I needed a width of about 150 stitches for the section I’m working on. I then decided on 10 st by 14 row squares of color, and knit one up to see how much yarn one took. I then created about a dozen butterfly bobbins in each of the eight colors I’m working using, with enough yarn to make a square. Using standard intarsia techniques, I just keep adding new rows of color blocks.