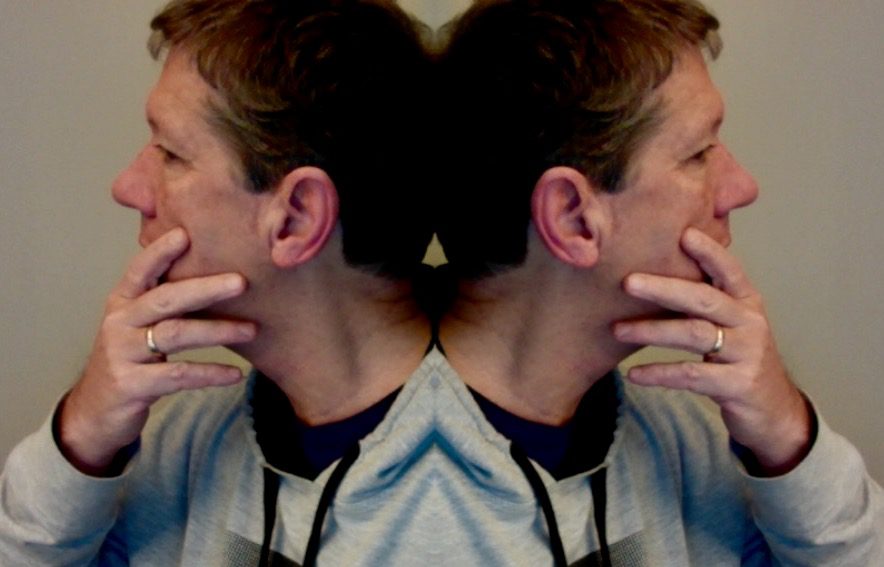 Speaking Out of Both Sides Of Their Mouths

No, I’m not talking about the White House administration again.

The Cell Phone Generation
In the airport yesterday, I was surrounded by a bunch of college students from University of Massachusetts. One of the students (I couldn’t tell if it was a male or female) was on the cell phone speaking with someone else the entire wait time in the boarding area (over and hour and a half).

But the nice thing about it, was that even though I was only about five feet from the student, I couldn’t hear a word that s/he was saying. I couldn’t understand how this person could carry on an interminable cell phone conversation without broadcasting his/her comments to the surrounding travelers.

I watched carefully, and realized that the person literally spoke out of the side of his/her mouth the entire conversation. It looked almost like a Simpson’s cartoon character, but it was very effective in keeping a publicly-held conversation, very private.

A very different technique than the loud, obnoxious idiot at the front of the plane whose conversation I could plainly hear, even though I was further away.

I guess we have things we can learn from the savvy youth. Now if I could just get one of them to set the ring-tones on my cell phone.

Current Knitting
I just made it to the arm hole shaping on the dark tweed pullover, and and I haven’t made any more progress on the colorblock sweater than the last picture I posted. The mended sweater was delivered to a grateful brother-out-of-law, but I didn’t get to take a more close-up picture of the mended area. Sorry.

Current Spinning
I finished plying the first of 2 or three large hanks of multicolored Merino. 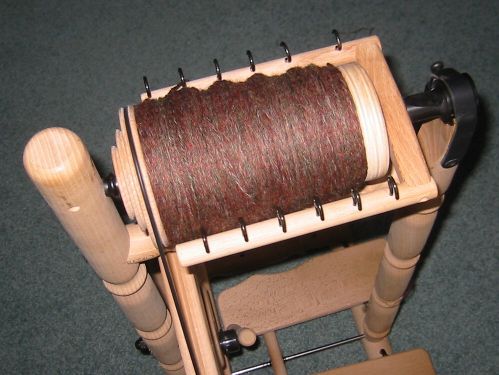 Un-ending winding onto the niddy noddy produced this… 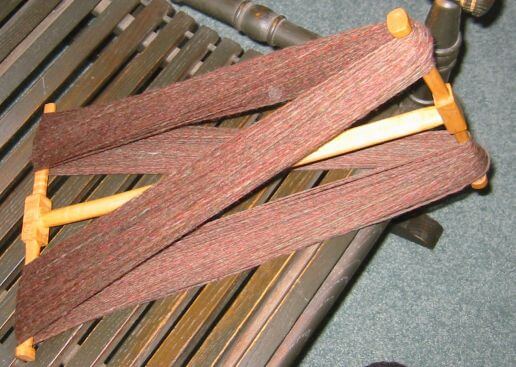 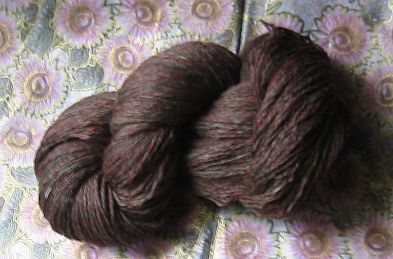 And here’s a closeup, so you can get a less-than-adequate sense of the lovely richness of color in this yarn. 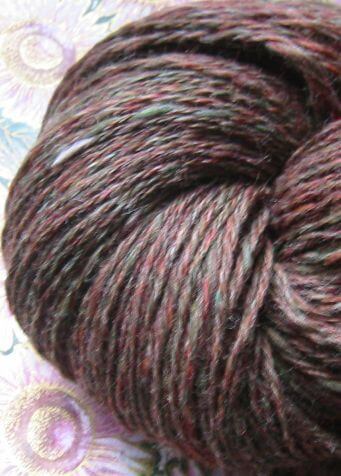 0 comments on “Speaking Out of Both Sides Of Their Mouths”