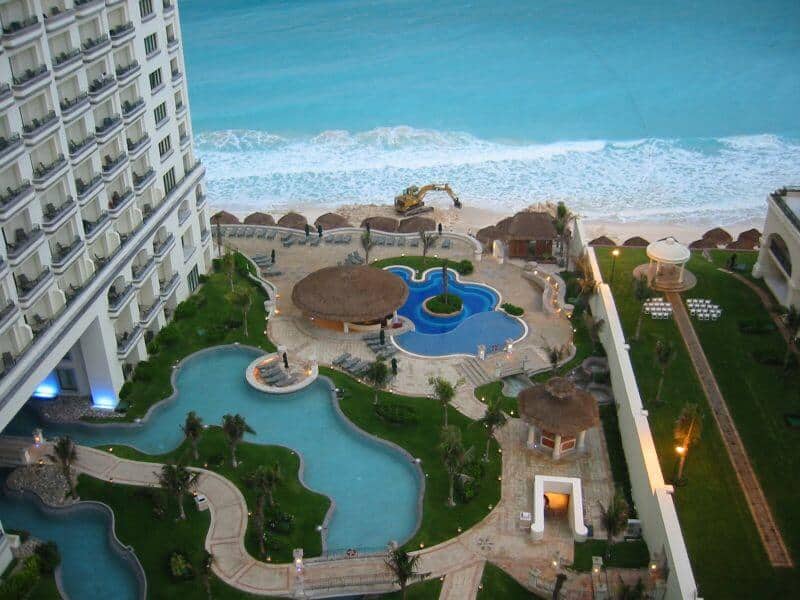 We left the house last Wednesday, and it was sleeting and the roads were icy. About 10 hours later, we were looking down on this.

Travel Thoughts
The car service ride to the airport was a bit scary. The driver was excellent, the roads were not. But we made it to the airport about an hour before flight time.

A dreary queen/gate agent for USAir told us our bags weren’t guaranteed to make it on the plane, and if they got to Cancun on a later flight, we’d have to go to the airport to pick them up.

We boarded the plane about 15 minutes late and then waited in a seemingly endless line to get de-iced. We ended up being on the tarmac for about four hours, but we did get to take off (unlike that JetBlue flight from JFK to Cancun that was on the tarmac for 8 hours and then got cancelled…when we heard this news story in Cancun, we felt a lot better about our flight).

The flight attendants announced they would be selling food, and after 6 hours of boredom, folks were quite willing to pay to eat. They ran out of all food well before they reached our row. When an alleged diabetic complained, the flight attendant basically said, “tough shit.” I need to write a blog entry about how much I detest when people use made-up diseases to justify their selfish wants, but that’s for another day.

Cancun immigrations, baggage and customs is a tiresome process, but we made it through relatively smoothly, and got transportation to our hotel.

Worth It?
Overall, our weather was nice while we were there. Some days of mostly cloudy skies, one day we even had some rain, but much better than the frigid temperatures we noticed happened in the Philadelphia airport while we were gone.

We had a spectacular suite in the hotel…this was our room, conveniently circled in red in the picture. 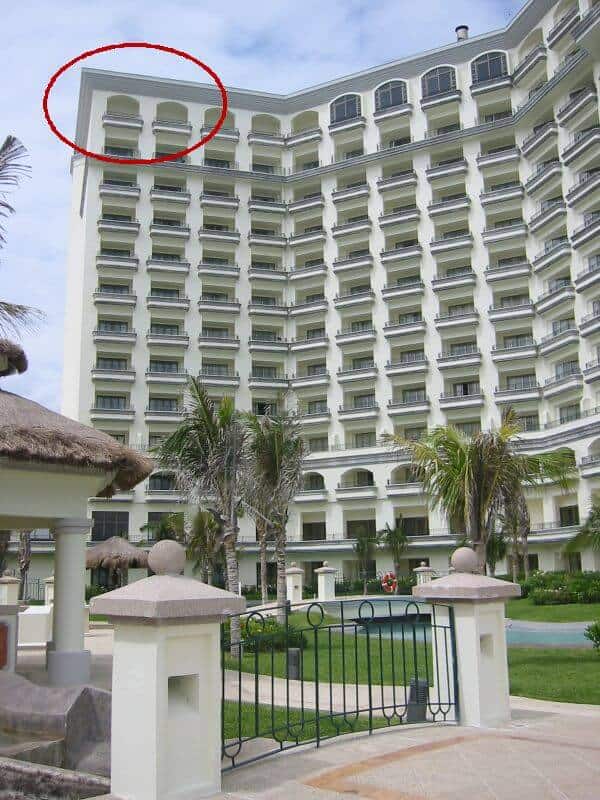 We slept a lot. Ate even more, and got enough beach time in for a decent tan.

Fortunately, the travel home was much smoother. We got upgraded to first class on the flight home. It left on time and arrived 30 minutes early. U.S. Immigration, baggage and Customs was a breeze, and our car service driver was waiting for us as soon as we cleared Customes. It couldn’t have been much nicer.

I’d say it was worth it…can’t wait to go back next year.

Current Knitting
You might find this hard to believe, but I didn’t bring any knitting with me at all. I haven’t done one stitch of knitting since I last blogged.