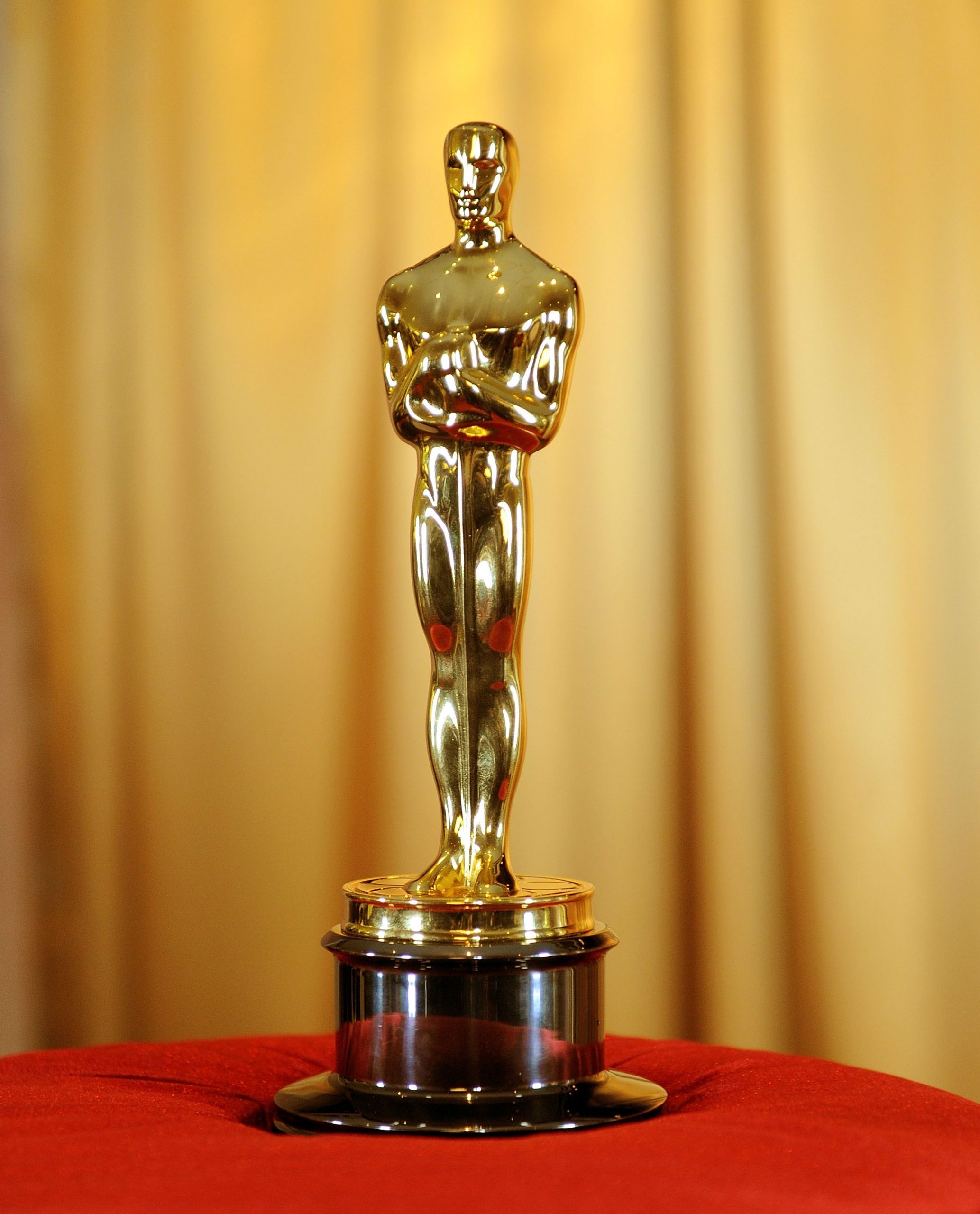 I know, it’s another reason I should have my gay card revoked, but I really don’t care about the Oscars.

The Positive Side
As I clicked through all the standard morning shows on television this morning, and watched the afterglow of last night’s awards, I could only think to myself, “At least I’m not having to hear about Britney and Anna Nicole as much today.”

I loved Pan’s Labyrinth, but I don’t need to know it won awards. It kind of makes all awards more cheap, when they give one to Jennifer Hudson. Don’t get me wrong, I liked Dream Girls, and I thought Jennifer Hudson was quite good, especially as a first-time actress. But it wasn’t an award-worthy performance, in my opinion.

Like I said, at least I didn’t have to hear about what body part Britney was shaving in public today.

Current Knitting
I’ve done some additional work on the second sleeve of the Dark Tweed Pullover. I’m hopeful to be finished with the knitting of this sweater by the end of the week, and do all the sewing up and finishing over the weekend.

Again, I wasn’t able to get a decent picture, so I’m postponing posting one at the moment.

Ramblings
I was browsing through The Knitting Vault last night, and saw an absolutely beautiful new shawl design by Sivia Harding, called “Hanging Garden Stole.” I couldn’t see the beaded cast-on/off edging she mentions in the description, but it sounds lovely.

It got me to thinking, why wouldn’t a designer post their patterns to the Knitting Vault? It cost nothing. It adds a free channel of marketing. And it handles all the overhead for letting customers order the pattern, download the PDF file, and it even distributes any errata to all customers who have purchased the pattern.

I don’t sell a lot of my patterns on this site, but I sell more than I would if the site didn’t exist.

I’m thinking about setting myself up with a new designer name, and publishing a bunch of simple, basic patterns for all sorts of knitted garments in a bunch of different sizes. A crew-neck pullover, a v-neck pullover, a cardigan, etc. They don’t have to be overly interesting, but it would offer a good source for purchasing an all-sizes pattern for some of the basic sweater designs.

We’ll see if I get the time, or if someone else beats me to it. 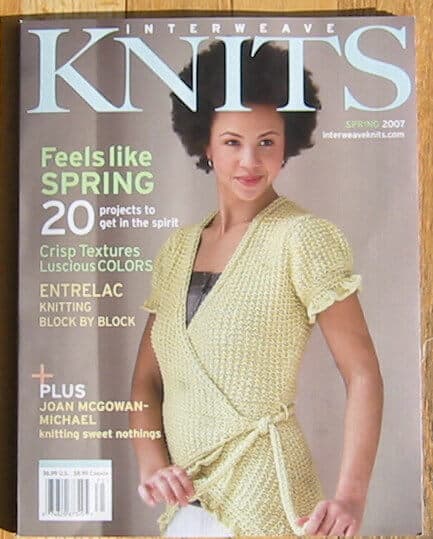 Despite the dreadful cover “design” that makes the magazine look like it’s trying to replace the old Workbasket magazines, there were two items in this issue that made the magazine worth buying.

The first was a wonderful man’s Fair Isle pullover. I love the colors and the overall look of the sweater is just right. 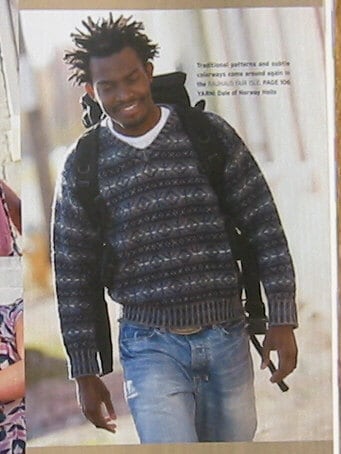 The second, was an article and a corresponding sock design by Eunny Jang on entrelac knitting. 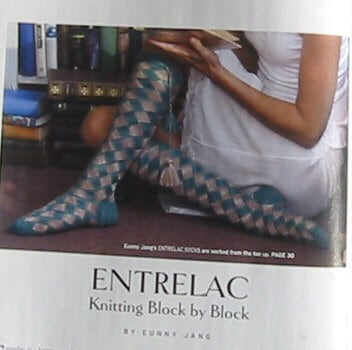 I know a lot of knitters find this technique passé, but Ms. Jang adds a new excitement to the old technique, and like many things, uses it to its best advantage.

Readers’ Comments/Questions
Anne Marie and Marilyn both asked, “If Thaddeus won’t fly again, how does he supposed he’s going to get there next year?”

Thaddeus has said the same thing for the last couple of years, but he usually realizes that flying is better than being cooped up with doughy, white Americans on a cruise ship for a week. Our trip home was much easier. They upgraded both Thaddeus and I to first class, the plan arrived home 30 minutes early. Immigrations and Customs had virtually no one on line, and our driver was waiting for us outside customs. We’ll see if we can get him on a plane next year.

Concerning the lack of food on the plane, Patience noted, “As a diabetic, I would have been very frightened under those circumstances.”

The woman on our plane who complained about having no food to buy was in my estimation, either a liar and not a diabetic at all, or an idiot. Like Michelene mentioned, what diabetic would board a plane during an ice storm without having packed something to eat (if it was required to keep her healthy)? My bet was she was a liar.

Finally, Geraldine writes, “Glad to hear you got there and back safely. Is the hurricane damage all fixed?”

The hotel was completely restored and improved after Hurricane Wilma. They had replaced many of the doors and windows with stronger versions. The one thing you might note in the picture of the beach I posted is a back-hoe, which was removing some of the huge stones that got uncovered during the storm. The beach wasn’t quite finished when we left.