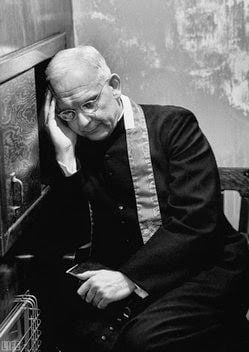 I’ve been told by General Pace, the head of the U.S. Joint Chiefs of Staff, that what I do is immoral.

How Does He Know?

Deciding on what is moral and immoral is a very personal thing. I don’t ask General Pace to suck dick if he finds it wrong. And I would never consider declaring that sex between he and his wife was immoral.

So why does he not only feel it necessary to declare homo-sex as immoral, but also support a completely idiotic military policy, that requires homosexuals to lie about who they are? Isn’t lying immoral?

I honestly think that most men have an abject fear of being considered anything less than totally masculine. Especially military men. And what could be more emasculating than being penetrated by another man? And I believe that this is the main reason that folks like General Pace decide to label this kind of activity immoral. Terrifying?…maybe…immoral…no.

Current Knitting
I finished the sole and the “bumper” of the second felted slipper and I’ve started a third slipper in different colors (blue sole and black upper). So far, I’ve been able to finish the upper part. I’ll post progress pictures later in the week.

Flea Market Finds
The local flea market had a cache of books from a knitter and spinner. None of the knitting books appealed to me at all (quick, trendy, bulky, 1-hour project knitting books). And a couple of the spinning books, I already had.

But at fifty cents a piece, I still had to buy all the spinning books.

by Diane Varney and In Sheep’s Clothing

by Jane and Nola Fournier. Both are excellent spinning resources and I will end up giving them both away to aspiring spinners who could use them. The two other books, Handspun Treasures from Rare Wool and Socks Soar On Two Circular Needles, I’ve never really cared to own, but at fifty cents, I figured, “why not?”

I also found this little gem. 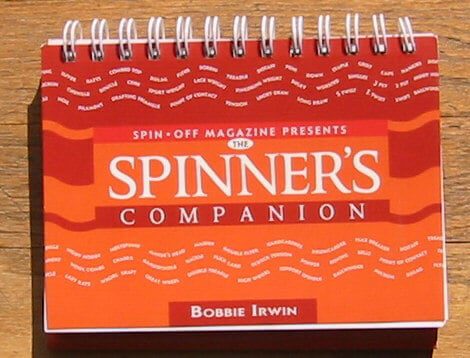 by Bobbie Irwin is a condensation of a ton of wonderful information from the publishers of Spin-Off magazine. I am actually reading through the entire book to both refresh information I already know, and also learn a lot of new things.