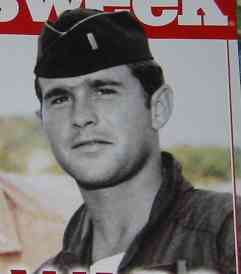 You know, when President Truman put a sign on his White House desk that stated “The Buck Stops Here,” it seems he actually tried to live up to those words. I only wish our current administration was willing to take responsibility for their actions.

I guess I just hate to see when cheating and lying seems to get some people ahead. It just seems so unfair. I think this is the main reason that folks would love to see Rove get crucified.

Current Knitting
Work has been inordinately busy, and it seems all I have time for is working, eating and sleeping (and of course, pooping and peeing).

I have started the third pair of felted clogs, but I’ve only just started the upper portion.

Current Spinning
I have been able to get quite a bit of work done on the bright multi-colored merino roving. 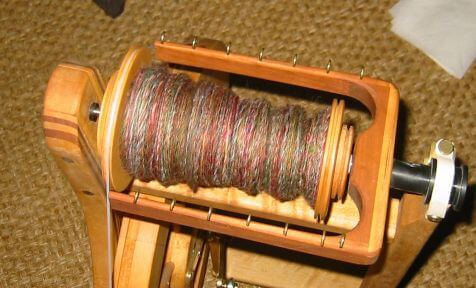 I really liked the idea of one commenter about plying in a solid color to try and make the tweedy colors show up more. I have a boatload of merino singles in different colors that would be perfect, if the technique actually works for this yarn. I can’t wait to finish my second bobbin of singles to start experimenting.

Readers’ Comments/Questions
Franklin writes, “Damage your reputation? With this blog? I can’t think of a single thing you’ve written that would make any clear-headed person think ill of you.”

At one point in my “100 Things” list, I included someone’s name and an activity that could be considered negative by a person’s employer. Some asshole did a google search on the name, and sent his employer a link to my list and cc’ed me when she did it. Fortunately, it wasn’t the same person that I mentioned in my list, and it would have been easily verified that it was a different person. It just surprised the hell out of me that someone would go to the trouble of being such a dick.

Cynthia writes, “Please comment on the consistency of felting. I did slippers, but one is considerably larger than the other. I am not sure why–same yarn, same needles, same machine at the same time to felt.”

I’m using Cascade 220, which I have always used for felting projects. They have a boatload of colors, it’s not overly expensive and it seems to felt quite uniformly. Only once have I had an issue where one slipper felted faster than the other, so I just took out the finished slipper, and continued agitating the unfinished one until it was about the same size.

BJREST asks, “Speaking of the ummm Willie Warmer… I can’t find the pattern for that though I’ve seen your name linked to this frequently in my search. Can you tell me where I can find it?”

I used to have a pattern posted to Blogger, but when they converted to the new format, I lost many of my pictures and web files. I no longer have that pattern, but if anyone saved it off at any point when it was available, and they forward it to me, I’d be glad to re-post it to the web.

Finally, StampinSue writes, “What do you prefer for felting yarn? I’ve tried a number of brands, just curious about your favorite!

As noted above, I have only used Cascade 220 for regular felting projects, and I like it a lot. I used Noro Kureyon for a couple of felted purses a number of years ago, and that worked very well too. I’ve considered using KnitPick’s worsted wool, but never got around to ordering any, so I don’t know how that felts.

0 comments on “I’m The Decider”