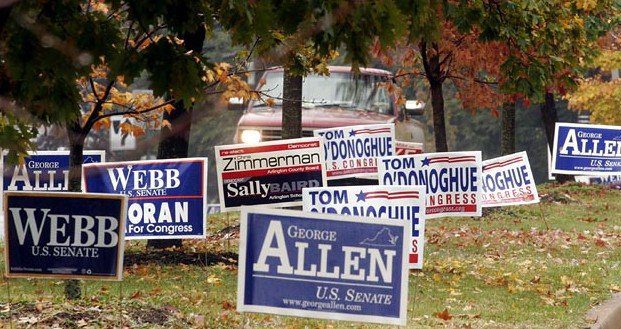 I know the election is more than a year and a half away, but I wanted to make my prediction now.

Here’s Why
None of the candidates on either side of the aisle have any poll-magnetism.

Think about it. On the Democratic side, you have:

Clinton – Outside of the Northeast, even Democrats seem to hate her.
Obama – No experience, and it takes more than “likable” to get voters to the polls
Edwards – Same likable factor, without as much magnetism as Obama

On the Republican side, you have:

So, unless something completely unforeseen happens, like Jeb Bush joining the Republican candidates, I think most Americans will sit home on election day 2008.

Current Knitting
Despite having to carry around eight different colors of Araucania, I decided to bring the Colorblock Cardigan to Massachusetts with me this week. 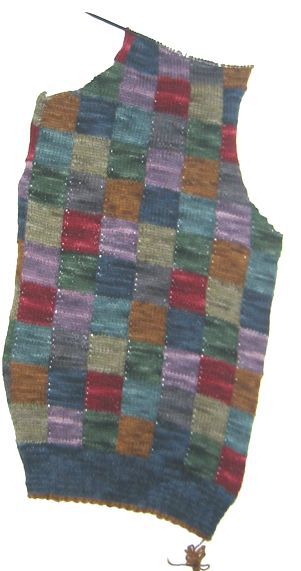 As you can see, I’ve finished the left/front side, and now it’s time to start the right/front side. For those of you that like to see the “ugly side,” here is the required reverse side photo. 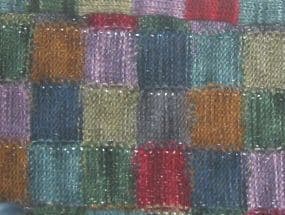 I’ve always enjoyed intarsia, and this simple pattern with rich, interesting colors, is making the current project enjoyable to knit.

By the way, Twist is having an intarsia workshop with Lisa Fuelleman on Sunday, April 15th from 1:00 to 3:00 for anyone interested. I’ve never taken a class with Lisa, but I know her from my Simply Knit days, and she’s a real sweetheart for anyone that’s interested.