With the ubiquitous technologies of Blackberries, Voice Recognition, virtual keyboards, and even T9 text typing for cell phones, it’s amazing to me that so much effort has been put out to make creating text easier.

Why Hasn’t Text Gone The Way of the Mimeograph Machine?
Remember when teachers used to write their pop quizzes on those two-ply master mimeograph sheets, and then then carefully load them into the machine that would make multiple copies…and of course, the fresh smell of mimeograph copies?

I would have thought that in the decades since that technology was current, that we would have moved further away from text as the basic form of communicating in an electronic world.

Some technologies give us alternatives to electronic texting, such as cell phones, Podcasts, MP3 players and DVD’s, but we are still primarily centered on text-based communications, especially for business. My cell phone allows me to send text messages, when I could just as easily call a person and speak with them directly, or leave a voice mail. In fact, my cell phone has even made texting (if I can use that at as a verb) easier, by using T9 keying (e.g. instead of pressing the number 2 three times to type a “c”, then the number 2 once to get an “a”, then the number 7 three times to get an “r” and finally the number 7 four times to get an “s”, to spell “cars”, I can just pres 2277, and the T9 software translates that to “cars”). There are even virtual laser keyboards

It just seems that we’re still stuck in a mindset from the time of heiroglyphics, whereas you’d think we’d have progressed to a more efficient means of communicating.

Current Knitting
I did finish the right-front of the colorblock cardigan this past weekend. 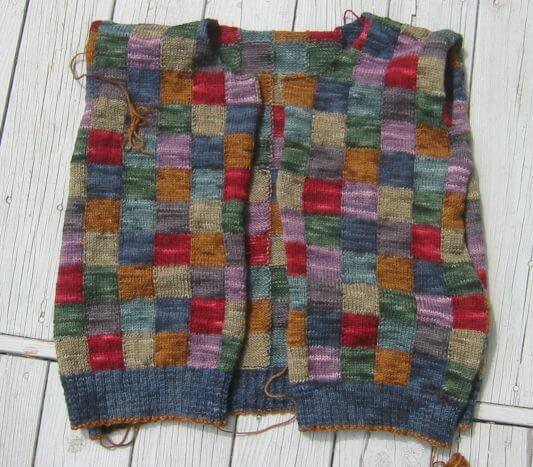 I’ll start to work on the dreaded sleeves. I won’t even give an estimate of how long I think they will take me.

Birthday Gifts
Knitblogger and friendly vetinarian, Mel, sent me some beautiful alpaca roving from one of his alapacas, Madelyn (it was actually Mel’s way of repaying me for a fiber book I sent him, but it came around my birthday, and his book got to him around his birthday, so I’ll call them birthday presents). 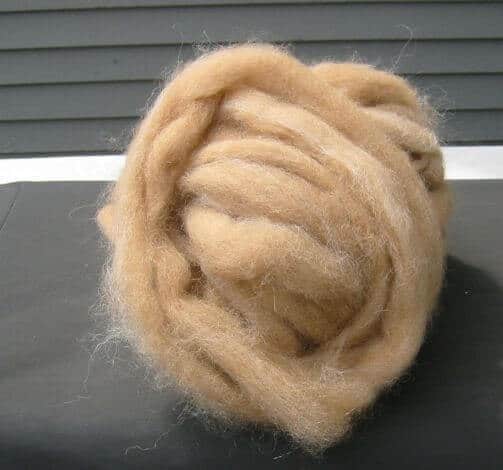 Madelyn must have been young when she was sheared for this roving in 2005. The fiber is soft and fluffy, and I can’t wait to finish my current spinning project so I can spin this up into a web-fine yarn.

I also got an incredibly nice gift from my friend Charles this past weekend. In addition to taking Thaddeus and I out to dinner, he also gave me this beautiful leather portfolio. 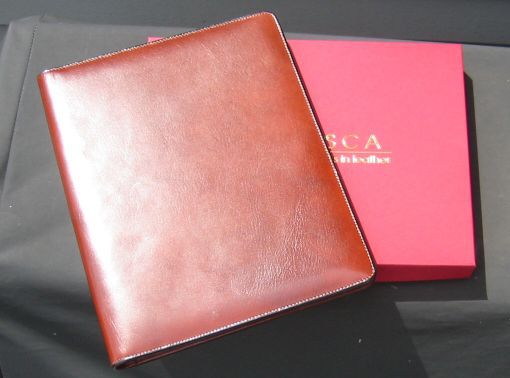 It is indescribably smooth and soft, and the leather just glows. The maker, Bosca, describes it as follows:

“Old Leather by Bosca is a beautifully distinguished leather that exhibits a unique depth of color and elegance. This exceptional leather is oak tanned then colored with hand-sponged vegetable dyes. Originating in the Frascati wine country near Rome, this is a centuries-old method of producing the world’s richest, longest lasting leather.”

And that barely describes how soft and wonderful smelling this object is. I will carry it into meetings proudly.

Readers’ Comments/Questions
Angie described a sweater that I am having difficulty identifying, so I will post pictures of the three most likely candidates that I can locate. 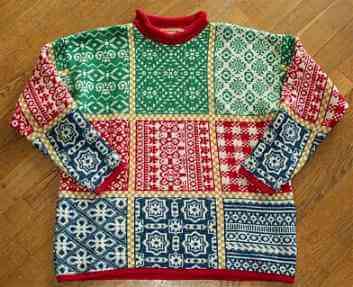 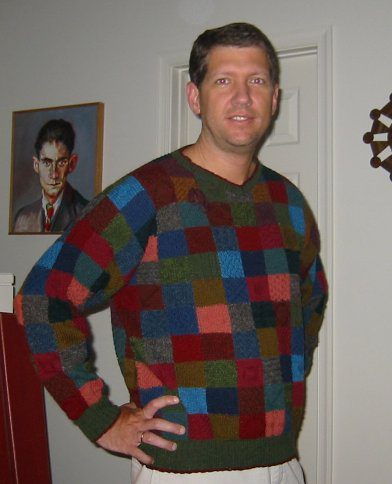 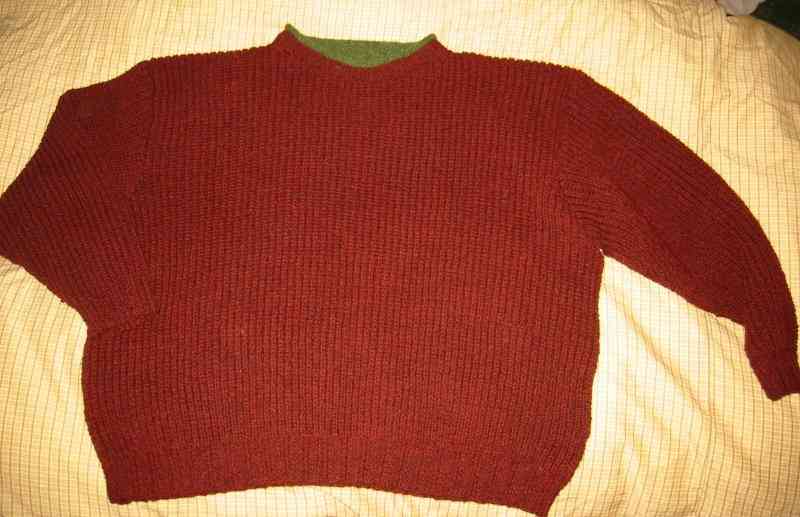 Is it any of these three?

Seanna Lea writes, “Is this latest photo more true to color or is it somewhere between the two (today’s picture and the one from last week).”

Actually, April 3rd’s picture is the closest on my monitor. It’s a little darker, smokier than most of the pictures I take of the garment (I’m no Franklin when it comes to photography either).

Ingrid writes, “I was excited to read your tutorial but was unable to see any of the pictures. Is it just me or should I be able to see them?”

The pictures disappeared from the tutorial (linked on the sidebar) when I switched to the new Blogger…I’ve updated the link so the pictures should now appear. Hope it’s useful.