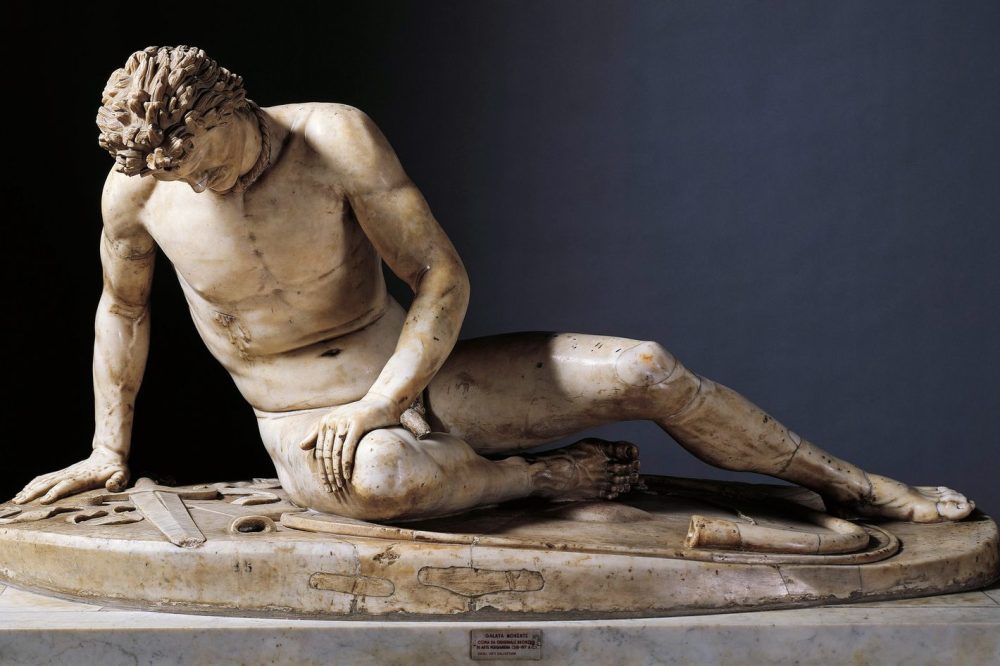 A Day Of Mourning

Yes, it’s a time to mourn the loss of lives in the beautiful town of Blacksburg Virginia, but it’s also time to mourn any chance of rational legal decisions coming out of the U.S. Supreme Court.

When The Bible Is More Important Than The Constitution
Justice(?) Kennedy’s majority opinion was filled with shrill emotionalism and moral justifications for the decision, rather than basing the decision on sound legal principles.

I fear a lot of things based on this one critical decision.

First of all, this decision is the first in-road into eroding a woman’s right to govern her own body, and also the erosion of civil rights.

Second of all, and I never thought I’d ever write this, but I miss Sandra Day O’Connor. This “Robert’s Court” is going to be just as dreadfully fanatical as I had feared.

Third, it’s just another example of how the harm this dunce-of-a-president has done to this country will be very long-lasting.

Current Knitting
I did end up finishing the first sleeve, and I’ve made my first attempts on starting the second sleeve. 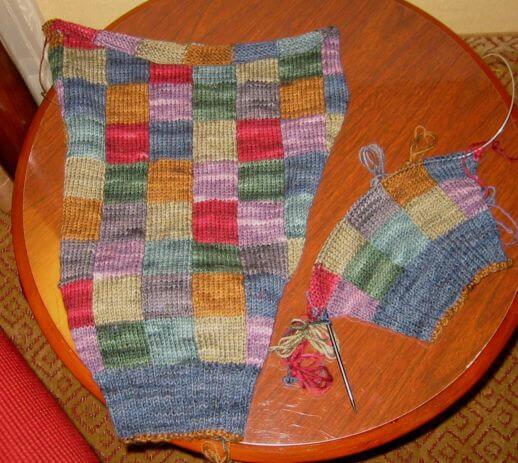 While I would honestly like to say that I would hope to finish the second sleeve sometime this weekend, I don’t think I really will. I keep thinking about my bulky handspun, and what I want to make with it, so I think I’ll be working a little bit on a new project in addition to trying to make some progress on the colorblock sleeve.

Current Spinning
With the completion of the multi-colored bulky yarn, I decided to start working on spinning up Madelyn, the lovely alpaca roving that Mel sent me. 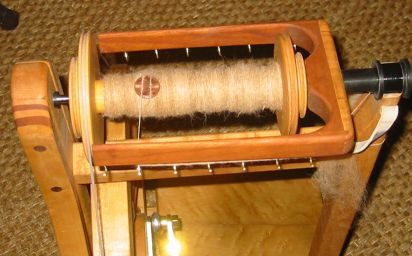 The fiber is soft and silky, and I am enjoying spinning these singles. I can’t wait to ply them up and knit them into something lovely. I think I may dye the fiber and maybe even make Kathy’s Boteh Scarf from the lates Interweave Crochet.

Readers’ Comments/Questions
Emma in France notes how Kathy’s Boteh Scarf in the latest issue of Interweave Crochet has generated a lot of excitement, and then asks “Do you (and possibly Kathy) think that the new editor of IC (Kim Werker) is going cause a change for the better?”

I know Kathy put a short answer in comments, and I also agree with that. I don’t follow crochet magazines as closely as knitting, but the latest IC definitely seems to show some interest in a higher class of design. It’s encouraging, and I’m hopeful that Kathy’s thoughts are correct about the new editor. I will also be making one of Kathy’s Boteh scarves. It looks like fun, and I think would make a nice gift.

0 comments on “A Day Of Mourning”