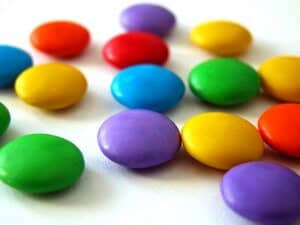 Another Reason To Be Canadian

When it comes to food, there are a number of things, about which I am aware, that Canada does much better than this country.

Smarties vs. Smarties
Chocolate bars is the first food group where Canadians have it all over Americans. The availability of the Aero bar, or the Coffee Krisp, and of course the Cadbury Wunderbar, give Canadians a much larger selection than we have here in the states.

Also, when an American hears the word “Smarties,” they think about small twisted packages of compressed sugar pellets.

When a Canadian hears the same word, they think candy covered chocolate (similar to an M&M, I think…but I’ve never had the Canadian version).

And, of course, I’ve mentioned this before, but they have the best peanut butter. 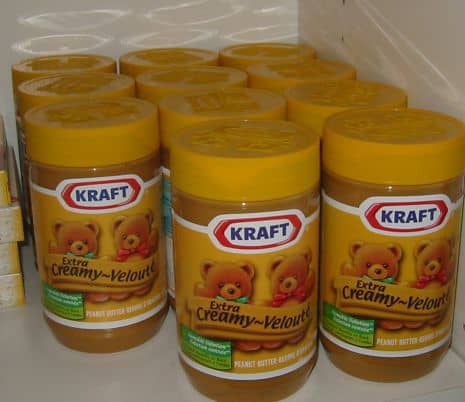 Kraft Extra Creamy (Velouté) Peanut Butter. Last year, my sister-out-of-law was in Canada, and for a present, she brought me back a case of this stuff. I was down to my last jar (and they’re big), so I was rationing my usage. Thaddeus ended up getting me another case for my birthday, so now I’ve got enough to last me for a couple more months.

And finally, if all this wasn’t enough, the Canadians also have poutine.

Current Knitting
Despite all my good intentions, I didn’t do any sewing up or knitting on the colorblock cardigan all weekend.

Instead, I spent all my knitting time on the bulky pullover, and I am loving it more and more. 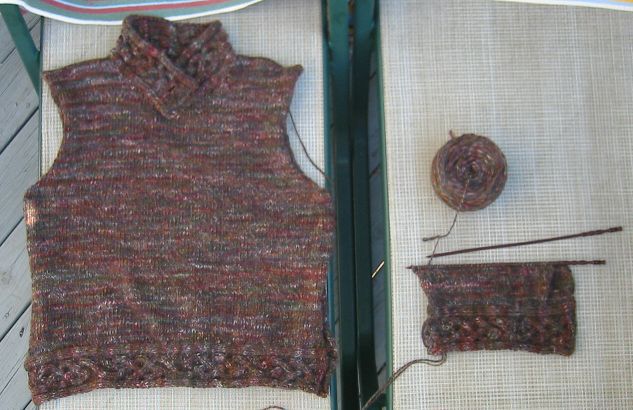 You’ll note I’ve finished the body and the collar (I’m planning on putting a nice button in the center of the neck), and I’ve started on the first sleeve. This has turned out to be a very successful design so far. Here’s a closeup of the collar, including the button hole. 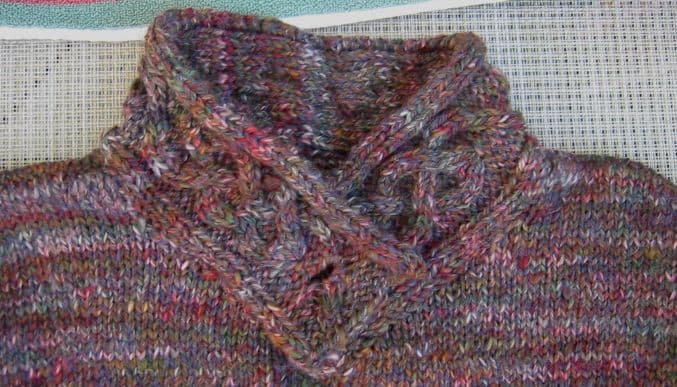 Readers’ Comments/Questions
Lawyer-friend, Carol writes, “Another annoying thing about lawyers is the way they nitpick everything one says. For example, while you said that Tom and I are ‘perfectly non-boorish,’ I couldn’t help but note you didn’t say were were ‘non-obnoxious’… ”

Actually Carol is definitely not obnoxious, except in the best of ways. I’ve never met Tom, but based on e-mails of his that I’ve read, I’d have to put him in the non-obnoxious category as well.

Carol also asked, “How did Nico like his cat toy?”

Not so much. He’ll run after it, but he doesn’t carry it around and fetch it like he will for hours with his toy mouses we get in the pet store. Thaddeus thinks it’s because it’s either too soft, and/or that the overwhelming smell of the shampoo I used to help felt it, makes it distasteful to the cat. I’ll try making another without a perfumed shampoo.

0 comments on “Another Reason To Be Canadian”